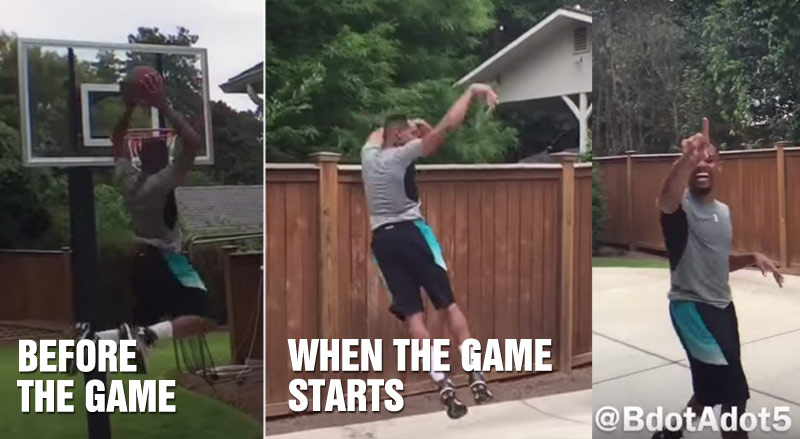 Every time we post a video of a professional dunker on YouTube, some “hater” has to write “can he hoop tho.”  The answer is who cares ...(Read more)

Every time we post a video of a professional dunker on YouTube, some “hater” has to write “can he hoop tho.”  The answer is who cares because the video is about a specific skill. It’s not a scouting video. It’s a not a video to convince you that this dunker belongs in the NBA.  It’s just a video showing that this dunker has an entertaining skill. With that said, NO HE CAN”T HOOP!   Well, actually some can “hoop” but there’s a few who would be great candidates for a Snickers commercial if you asked them to put the ball in the basket without dunking.

Master impersonator BDotADot5 – apparently running out of NBA players to perfectly mimic – took a shot at those guys and those guys you always see dunking before a pick-up game but disappear once the game starts.

This is what it looks like when a “NBA Dunker” finally makes a 3-pointer.