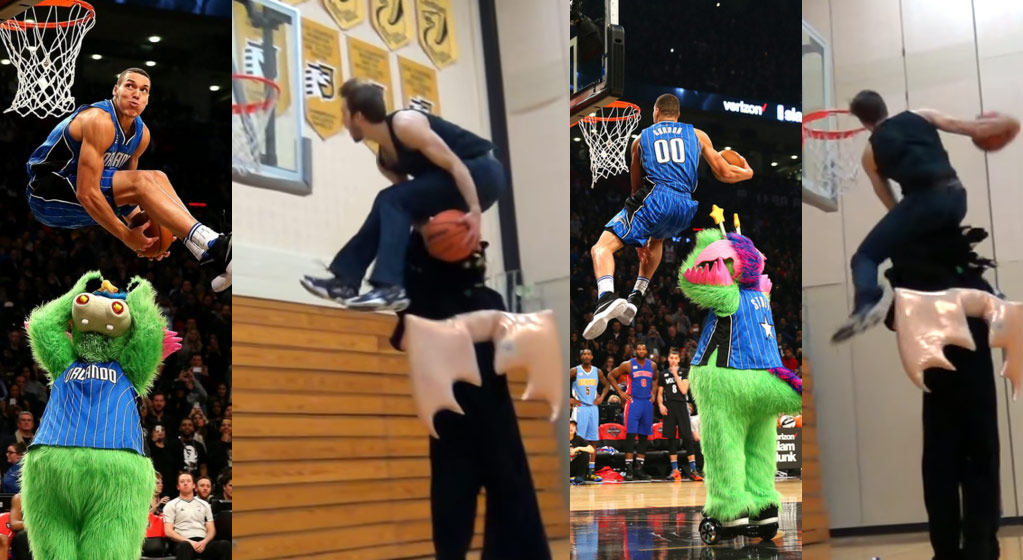 Remember when this video of 6’1 Jordan Kilganon, doing his trademark Scorpion dunk in jeans during the NBA All-Star game, went viral the day after Aaron Gordon ...(Read more)

The All-Star Viral Dunker In Jeans Does All Of Aaron Gordon’s Contest Dunks….IN JEANS!

Remember when this video of 6’1 Jordan Kilganon, doing his trademark Scorpion dunk in jeans during the NBA All-Star game, went viral the day after Aaron Gordon almost won the NBA dunk contest?

A lot of people thought that dunk was actually better than anything Gordon and winner Zach LaVine did during the epic showdown, while others questioned if Jordan could pull of Gordon’s dunks.  Not only can Jordan pull those dunks off….he can do them IN FREAKING JEANS – can his agent (Dunk Elite) get him an endorsement deal with Levis or some jeans company!

I’m sure you aren’t going to be as impressed as you were with Gordon and that’s because you have to take into consideration this youtube video is not live, it’s not a contest, it’s not something you haven’t seen before, there’s not NBA All-stars jumping out of their seats, no Russian judges like Shaq, no time to discuss what the hell is going on with friends and your fake friends on social media, etc, etc, etc.

But it’s still pretty damn awesome while not taking anything away from what Gordon did.