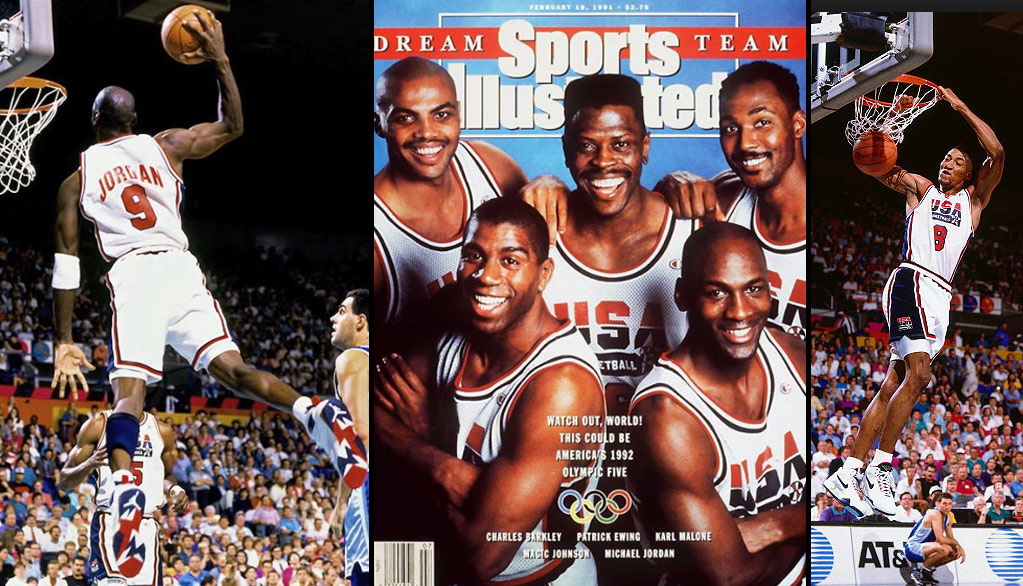 If you were watching hoops and buying VHS tapes in the early to mid-90s, you probably had a copy of this one next to “Michael Jordan’s ...(Read more)

The Best Of The 1992 USA Dream Team – Greatest Team Ever?

If you were watching hoops and buying VHS tapes in the early to mid-90s, you probably had a copy of this one next to “Michael Jordan’s Come Fly With Me.” I’m watching it today (the actual VHS tape, not the digital copy above) because today is the anniversary of the 1992 Dream Team winning Gold in Barcelona. The Dream Team wasn’t just the greatest basketball team ever assembled, it’s arguably the greatest team in sports history.

BUT, here’s a very unpopular opinion: I actually believe there have been other US teams that could have beat this team if they were able to time travel and play each other during their Olympic years (ex: 92 Dream Team vs 94 Dream Team 2).

What am I smoking right?

The biggest reason why the 92 Dream Team — with a past-his-prime Magic Johnson and barely-able-to-stand Larry Bird — was able to dominate the Olympics by an average of 44 points a game is because the players from other countries were either too scared or star-struck to compete; Opponents were actually asking for autographs and shoes before, during and after the games. A young team like the trash-talking DT2 with Shaq, Larry Johnson, Alonzo Mourning, Shawn Kemp, Derrick Coleman, Reggie Miller and DT1 snub Dominique Wilkins wouldn’t have that bow-down respect or fear of the 92 legends.

Then again, there is that story about the Dream Team absolutely destroying a team of young future pros like Chris Webber and Grant Hill.

And the Dream Team had an early 90s’ Michael Jordan, who was arguably the greatest version of the greatest player of all-time.

And the Dream Team had David Robinson and Karl Malone before their MVP seasons. And Pippen before people realized he might be the most complete and versatile player in the NBA. And a fit Charles Barkley, who said “I don’t know anything about Angola but Angola’s in trouble” before elbowing a player on the Angola team.

OK, forget everything I said about Dream Team 2 (I just wanted to show the team some love) or was about to say about any other team that probably shouldn’t have had “Dream” in their name (like 1996’s Dream Team 3 with Mitch Richmond and Glenn “Big Dog” Robinson). The 1992 Dream Team is and will always be the greatest team ever assembled!