“This is your night, Kevin,” said TWolves owner Glen Taylor to KG. “Just enjoy it.”

It’s been 8 years since KG put on a TWolves jersey and almost 20 since he made his NBA debut with the Wolves back on November 3rd of 1995 when the fresh out of high school teen scored 8 points in 16 minutes in a loss to the Kings. But on this night, KG not only got a win but was treated like a King.

“I’ve been back before and I never paid attention to how much love is here still for me because I’m too busy being focused on the game,” Garnett said about his previous games at Target Center with Boston and Brooklyn. “And tonight it was just over the top.

“I did not know the city missed me like this. I don’t think that you can ever wish or ever think the city loves you like this. But to see it is reality and I’m very appreciative.”

KG finished the game with 5 points and 8 rebounds.  The 5 points snapped a 418 game streak of scoring more than 5 in a Timberwolves uniform. For those who don’t remember the type of numbers KG used to put in Minnesota, between 2001 to about 2005 he was the best or 2nd best fantasy player.  Here’s a few games from his 2003 season that made him the unanimous first pick that year. 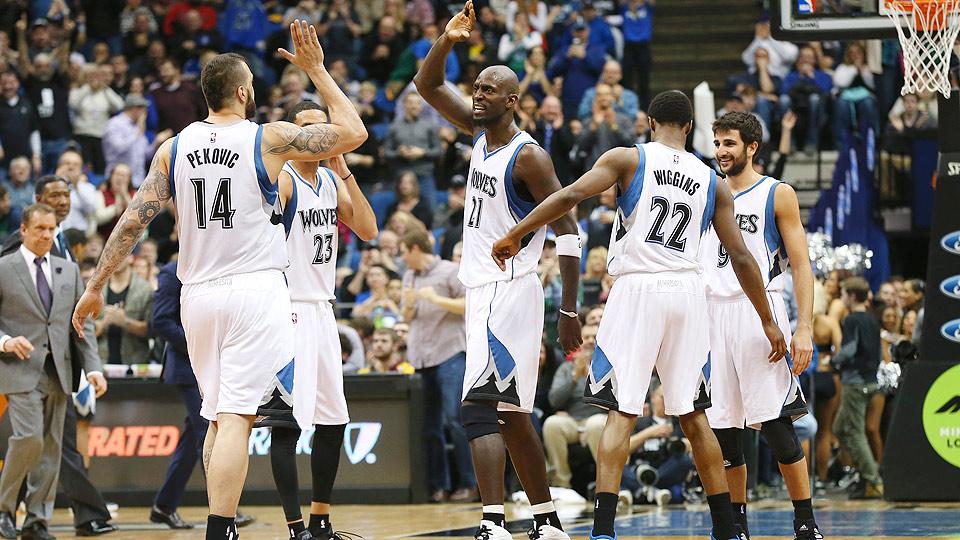