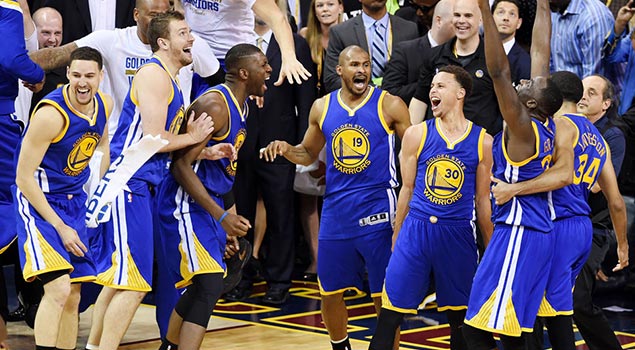 The Blueprint of the Warriors’ Success

Then you take a look at the dominant Golden State Warriors. They had a plan, they stuck to it, & it f*cking worked. Starting off by drafting Stephen curry even though many doubted his physicality to sustain the pace in the NBA. From there the dubs’ blueprint began. Year after year slowly building a championship team & possibly a dynasty. No gimmicks or any big pitches to bring in superstars even though they did swing for a couple big men at the time & missed. The Warriors built a team through patience & trust. They had a plan, executed it, and believed that it would work (with some luck too). From there it led to a 73-9 record this year & possibly many more championships to come. This team can’t be replicated. Good luck to any general manager who attempts to do what the Warriors did. This team is something special & their still fairly young, which means they’ll be running the league for years to come if they stay together.