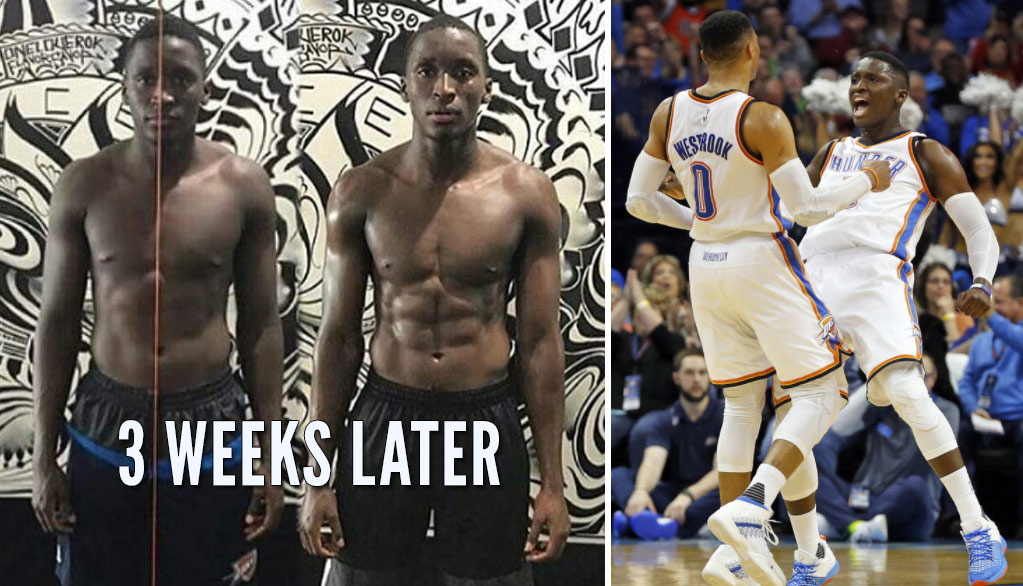 Victor Oladipo is as motivated as ever. Four years ago this month, he was the #2 pick of the Orlando Magic. He finished second to Michael Carter-Williams ...(Read more)

Victor Oladipo is as motivated as ever. Four years ago this month, he was the #2 pick of the Orlando Magic. He finished second to Michael Carter-Williams in Rookie Of The Year votes. Instead of hitting a sophomore slump, Dipo putup career-best numbers in points (17.9), assists (4.1) and steals (1.7) while playing a career-high 35.7 minutes a game. His third season was a frustrating one. He switched back and forth from starter to 6th Man but still produced some of his best games, such as a 45-point performance against the Cavs and a 21/13/10 triple-double against the Thunder.

Almost exactly three years since he was selected 2nd by the Magic, he was traded to the Thunder, along with Ersan Ilyasova and the draft rights to Domantas Sabonis for Serge Ibaka. Despite averaging 16 points, 4.3 boards and 2.6 assists, he had to spend the entire season hearing people disrespect him and every player on the roster not named Russell Westbrook, who was on a mission to get as many numbers in a box score as possible.

“It’s going to be a very relentless summer,” Oladipo told NBA.com after the season ended. “I just use it as motivation, and I’m going to come back better.”

As evident by his Instagram pic, it’s been a relentless three weeks as he’s gone from Dad bod to ab model.

The man behind the body transformation is David Alexander of DBC Fitness. According to Men’s Fitness, he’s been on a strict nutritional routine of lean protein and healthy snacks, as well as coordinated training program of weightlifting, on-court agility drills, and extra hours in the weight room.

We don’t have any video footage of Oladipo in the gym with Alexander but here’s a video of Alexander working with Dwyane Wade during the summer of 2015.

I can’t wait to see how Alexander will have Oladipo looking at the end of the summer. I also can’t wait for Oladipo to step back on the court next season and remind fans why he was picked second in the draft and why he’s more than worthy of sharing the ball with Westbrook or any star in the league.

(2018 UPDATE: Oladipo made the 2018 All-Star team, lead the league in steals and will probably finish top 5 in MVP voting.)