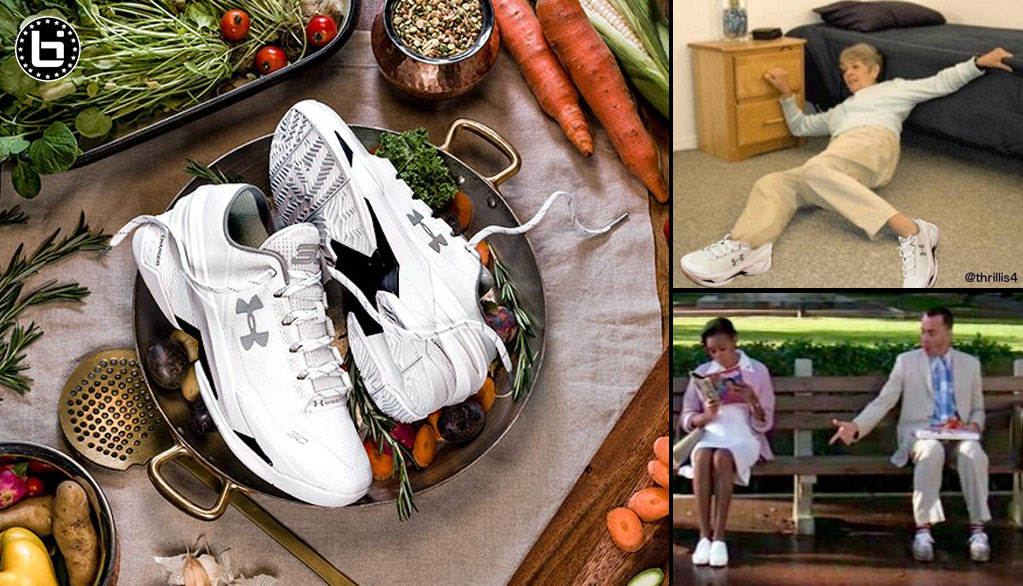 If you thought the internet was being hard on Steph Curry after game 3 on Wednesday, he was receiving chocolate and flowers compared to what the internet had to say about his new Curry2 Low “Chef” shoes. We posted a pic of the kicks to Twitter on Wednesday and the thread instantly turned into a comedy roast. It wasn’t just your common sneaker head doing the roasting, actual comedians, like Jensen Karp (I highly recommend his new book: Kanye Owes Me $300) joined the fun.

The verbal beatdown got so bad, Steph’s brother, Seth, even joked about them and ESPN decided to repost the image on Thursday so they could host their own comedy roast.