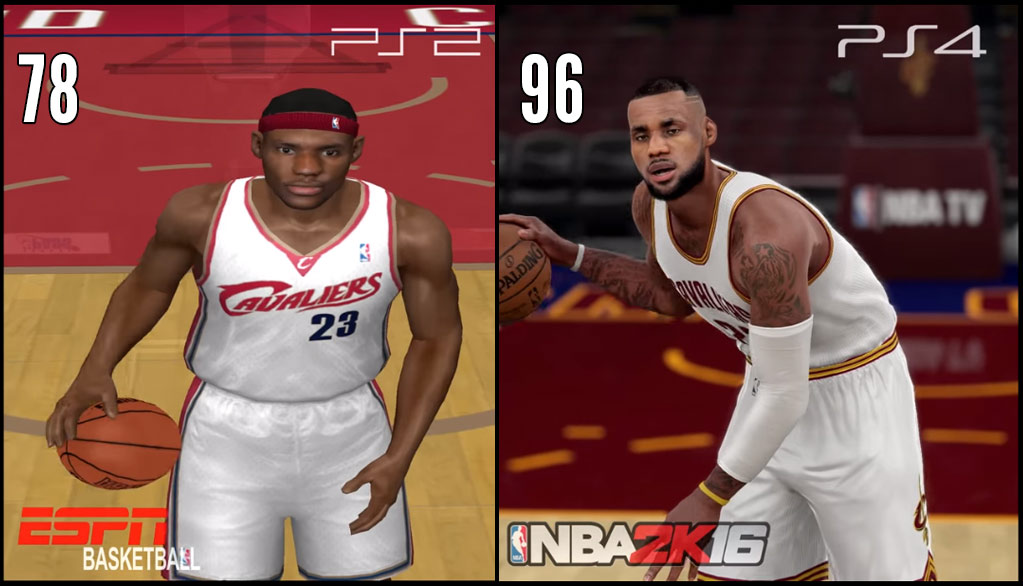 In honor of the release of NBA2K17, we are looking back at past versions and enjoying the evolution of certain players in the game over the ...(Read more)

In honor of the release of NBA2K17, we are looking back at past versions and enjoying the evolution of certain players in the game over the past decade. Today we are looking at LeBron James, who made his 2K debut in “ESPN NBA Basketball” back in 2003. This edition was the first and only one to not have 2K in the title and the first of two to feature ESPN in the title; ESPN’s name was removed after the network signed a deal with EA Sports and then Sega sold the series to publishing label Take-Two Interactive. The edition was also the 5th and last to feature Allen Iverson on the cover.

Although LeBron was a rookie, 78 seemed a little low for the can’t-miss superstar, who went on to put up some of the best rookie numbers ever. He jumped up 10 points for his sophomore campaign, 9 more to 97 in his 3rd season and was a 99 in NBA2K9.

If you were wondering about the evolution of LeBron in the NBA Live franchise, here it is and yes they did give a rookie LeBron a rating of 69!