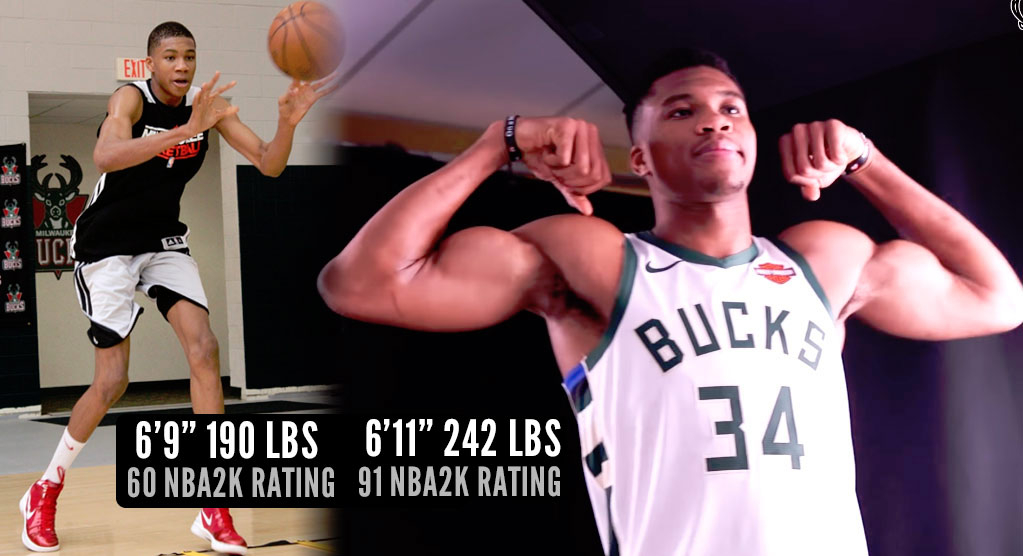 The Greek Freak Keeps Getting Freakier: The Growth of Giannis Antetokounmpo! 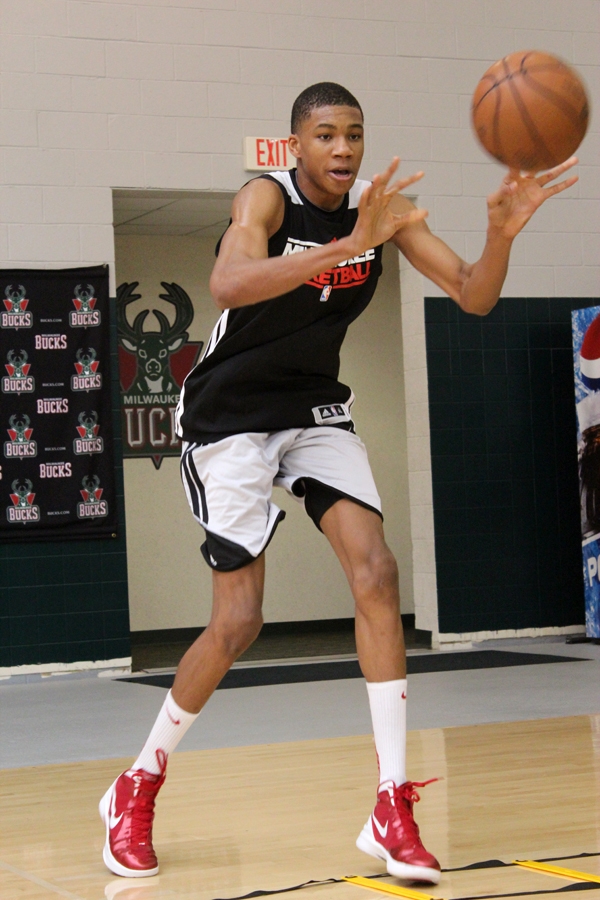 In 2013, the Milwaukee Bucks used their 15th pick in the NBA Draft on Giannis Antetokounmpo, a raw 6’9″ kid with a 7’3″ wingspan, weighing just 190 pounds with his NBA draft suit on and a pocket full of change.

After four months, the 18-year-old with the nickname “The Greek Freak” grew over an inch and was projected to end up as a 7 footer. 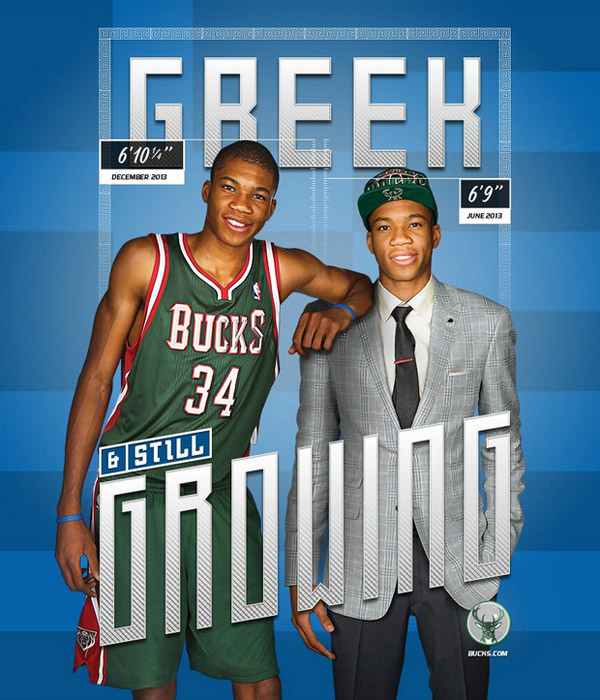 He didn’t put up big numbers during his mediocre rookie season but he was putting on the pounds and still growing. During a 2014 interview with The Milwaukee Journal Sentinel, Bucks GM John Hammond said Giannis was now 6’11” and 217 pounds!

By the time he did the NBA dunk contest in early 2015, he was filling out and becoming a nightly highlight on Sportscenter with his long arms and legs which allowed him to cover the length of the court in three dribbles. 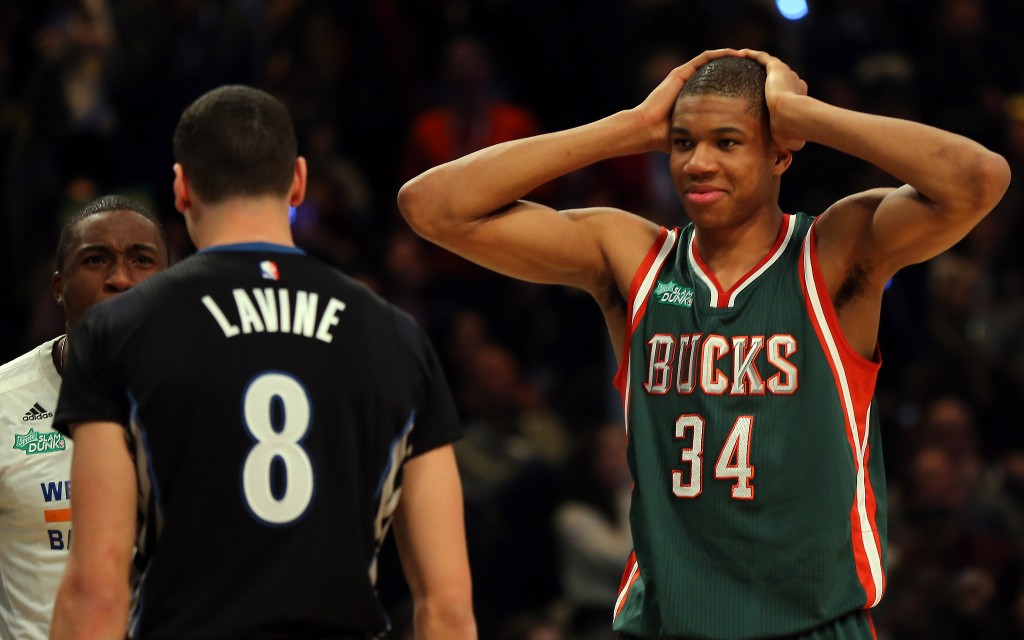 (The day after this contest was a fun one for me. I got to help Giannis prepare his brother, Thanasis, for the D-League dunk contest)

In the summer of 2015, the NBA posted this pic of a noticeably bigger and freakier looking Giannis. Besides weights, he started incorporating boxing into his workout routine. 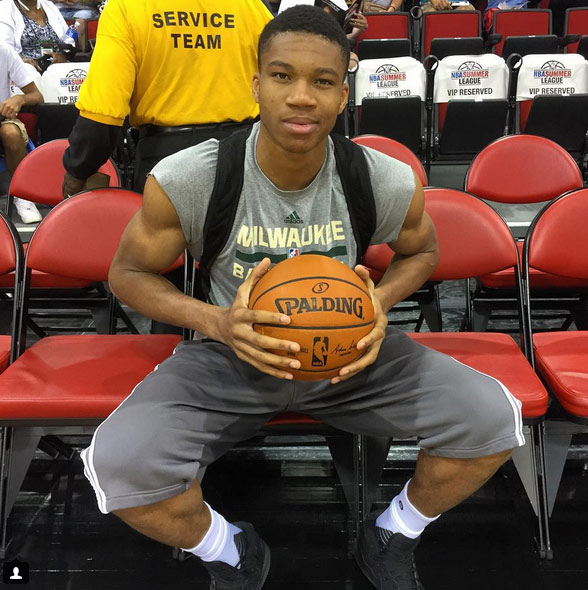 In 2016, weighing at 222, he put up career-high numbers in a breakout season, which included his first 30-point game and triple-double — making him the youngest (21) in franchise history with one.

In 2017, he made his first All-Star and All-NBA team, won the NBA’s Most Improved Player award and was given a challenge by Kobe Bryant: Win the MVP award. 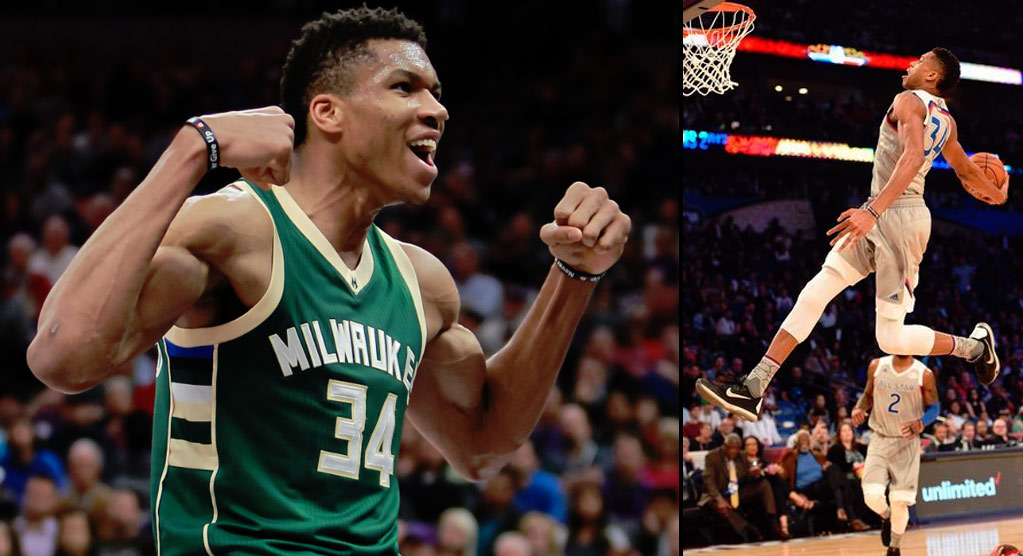 Giannis responded by repeating All-NBA honors, becoming the first Buck to be named a starter in two straight All-Star games and finished 6th in MVP voting…while weighing around 230!

As evident in this 2018 summer workout photo with brothers Alex, Thanasis and Kostas (also in the NBA now), Giannis wasn’t done getting bigger and freakier and I feel sorry for any man who pisses off his mom.

In the gym with the #Antetokounbros pic.twitter.com/vaqsjsrmd6

And this is how a 242 POUND Giannis looked (1:40 mark in the following video) when he showed up for Bucks Marketing Day 2018!

Yes, you read that correctly. The Bucks’ official training camp roster has Giannis’ weight at 242, which is 52 pounds more than he was when they drafted him.

And after two months into his sixth season, he’s putting up career-best numbers in points (27), rebounds (13), assists and is the favorite to win MVP. 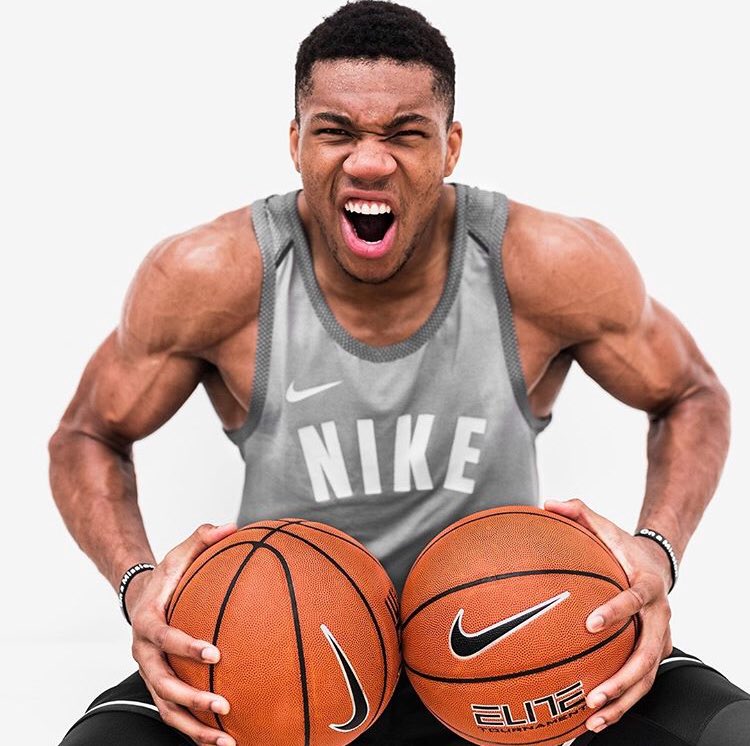 Find a way and have no regrets – Kobe Bean Bryant. Thank you for allowing me to workout with you @kobebryant I learned a lot.

Year 3… To Year 4… To Year 5… You don’t want to see year 6.. What an unbelievable journey! Keep working hard everyday, because if you don’t work you don’t eat. Simple!!

I can’t think of a player who has improved a 2K rating as much as Giannis.

Went into the 2019 season with a 91 overall…and appeared on the cover!

This is still so surreal to me! Thank you @nba2k for making this happen! #GetYourCopy #StayFreaky