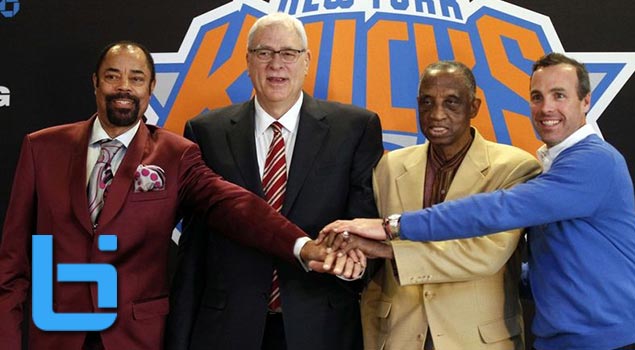 Over the recent years the New York Knicks haven’t had much success in the annual draft.  So this year I guess they’ve decided to see what ...(Read more)

The NY Knicks Draft pick is on Craigslist!

Over the recent years the New York Knicks haven’t had much success in the annual draft.  So this year I guess they’ve decided to see what offers they can get by putting their draft pick out in public.  What better way to do that than posting the draft pick on Craigslist!

Yes that is correct.  The New York Knicks have posted their 4th overall draft pick on Craigslist.  My guess is… this was probably a New York Fan who’s eager to see who the Knicks draft and this fan is aware of the draft history.

“Let me tell you a little bit about the fourth pick:
-It comes after the first three picks.
-It’s right before the fifth pick.
-You can choose any of the eligible players who weren’t already selected.
-Previous NBA studs that went fourth overall include Russell Westbrook, Chris Paul, Drew Gooden, Marcus Fizer, and NBA Champion Eddy Curry!

Please contact me with serious offers only. Right now we’re looking to unload an unnamed aging Spanish point guard (for privacy reasons specific details must be kept confidential) as an attachment to this pick. If you’ve seen our history working together as a group, you know that we don’t mind getting the worse end of the deal if you’re willing to take the players we no longer want. In addition, we are trying to add a few aging veterans who are familiar with basic shapes like squares and triangles (though we’re lenient on squares knowledge at this point). “

The best part about it, the post is on point with the previous 4th overall picks.  How could you NOT remember Eddy Curry?  I honestly forgot that the dude has a ring with Miami.