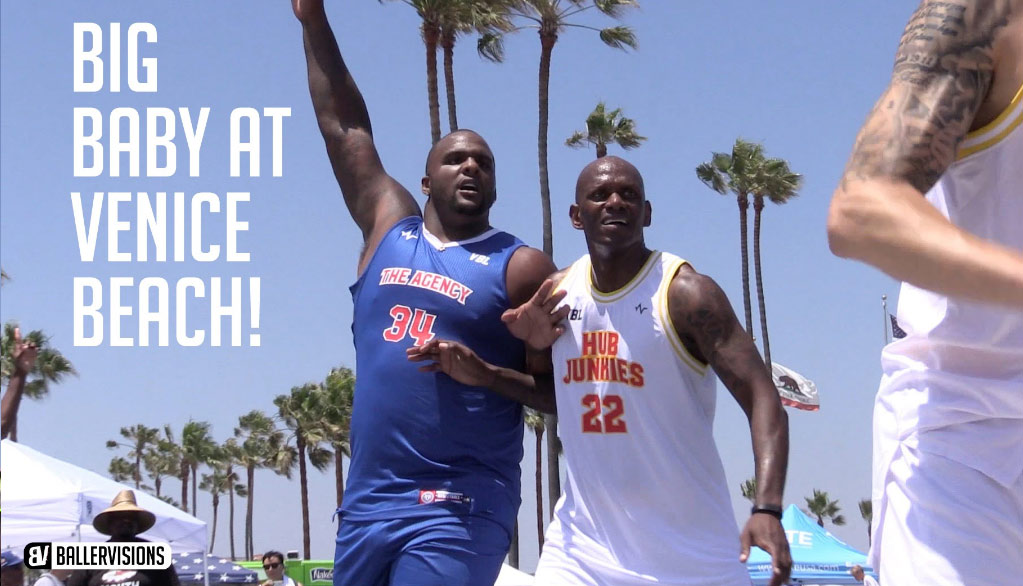 The last time we saw Glen “Big Baby” Davis play in a basketball game it was May of 2015 with the Clippers. Then in May of ...(Read more)

The Return Of Big Baby: Glen Davis Playing In The VBL!

The last time we saw Glen “Big Baby” Davis play in a basketball game it was May of 2015 with the Clippers. Then in May of 2016, the 30-year old 330+ pound free agent told TMZ he’s about 30 pounds away from a comeback and showed he’s able to touch his toes. Touching his toes isn’t going to lead to any calls but seeing him run and up down the Venice beach courts at the VBL at least shows his ankle is better.

If you were wondering why he missed all of last season, here’s an interesting sound byte from Davis at a recent appearance on The Gio and Jones Show.

“This is what happened,” the former Clipper said on CBS Sports Radio’s Gio and Jones. “Let me tell you how it happened. Game 6 against the Spurs (last year), go back and look at the tape. I broke my ankle and didn’t know it was broke until September before the season is about to start. So I’m thinking, ‘Oh, I just got to do some rehab with it. Whatever.’ I end up getting the MRI, which, I didn’t get an MRI from the Clippers. They didn’t tell me anything. I thought I was fine. Then I end up getting the MRI right before the season stars and they’re like, ‘Your ankle’s broke.’ I’m a free agent at the time. So I got to get it fixed. Nobody’s going to pick me up with a broken ankle.”

“They told me I was fine,” Davis said of the Clippers’ training staff. “They told me I was okay. They told me, ‘Just get some physical therapy, get it stronger and you’ll be fine. You’ll be okay.’ Okay, my ankle’s broke and now I got to sit and watch everybody play this year.”