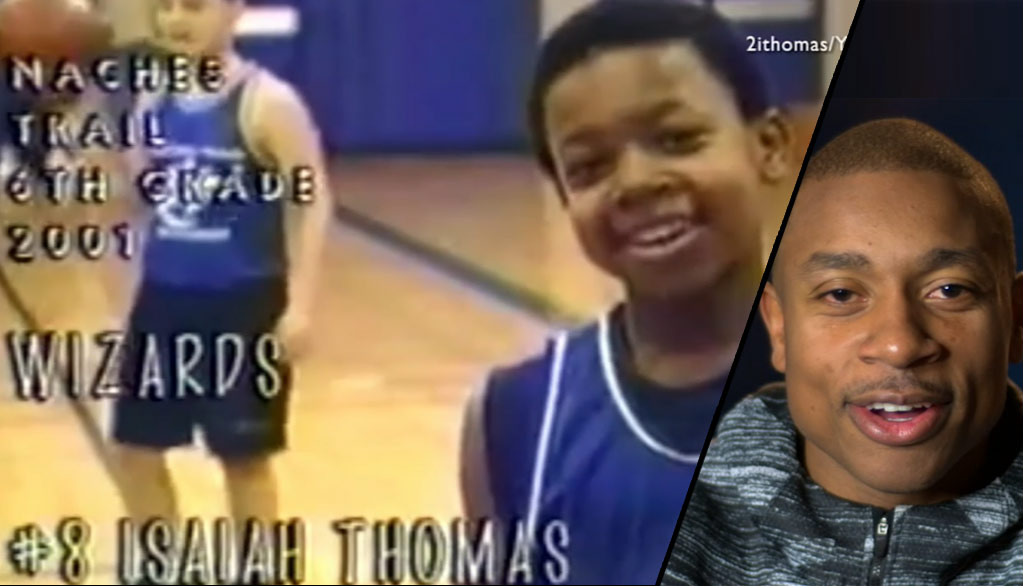 The story behind Isaiah Thomas’ name probably tops the story behind Kobe Bryant’s name. If you don’t know the Kobe story, his father named Kobe after ...(Read more)

The Story Behind Isaiah Thomas’ Name

The story behind Isaiah Thomas’ name probably tops the story behind Kobe Bryant’s name. If you don’t know the Kobe story, his father named Kobe after a Japanese steakhouse in Philly. The reason why the restaurant was called Kobe is that they claimed to sell the rare beef from Japan called Kobe. The reason why I said “claim” is because as far as I know, no restaurants in the US were selling real Kobe beef in the 90s. And as of last year, only 9 restaurants in the US are actually selling authentic Kobe beef; most places with Kobe on their menu are just selling you expensive “faux-be” beef.

Anyways, Thomas got his name because his father lost a bet. You can watch the video above to learn more about the bet, why his Mom didn’t want it spelled like the Piston great, Isiah Thomas, and how Isiah Thomas feels when he hears the Boston crowd chant Isaiah Thomas’ name considering all the damage Isiah did to the franchise in the 80s.

15 FACTS YOU DIDN’T KNOW ABOUT THOMAS

If you want to learn a lot more about IT, check out his BOOK OF ISAIAH series.