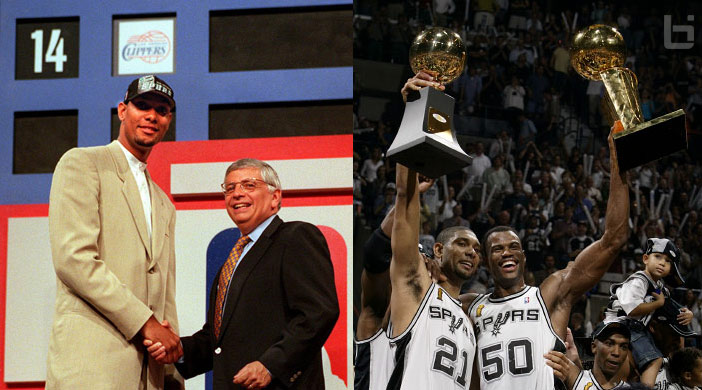 This Day in History: The Spurs drafted Tim Duncan in 1997 & then won their first NBA championship 2 years later

It’s safe to say June 25th is one of the best, if not the best, day in San Antonio Spurs history.

On this day in 1997, the tanking Spurs used their No. 1 pick to draft Tim Duncan — who was nice enough to not stay in college for a masters degree — and team him up with the great but aging Admiral, David Robinson.

Two years later, on the exact same day, David Robinson and the San Antonio franchise won their first NBA championship by beating the New York Knicks by a single point in Game 5 of the 1999 NBA Finals. Duncan led the way with 31 points and 9 rebounds, while Robinson put up 15 and 12.

Duncan and the Spurs would also win four more NBA championships over the following 15 years. And it all goes back to this date: June 25th of 1997.