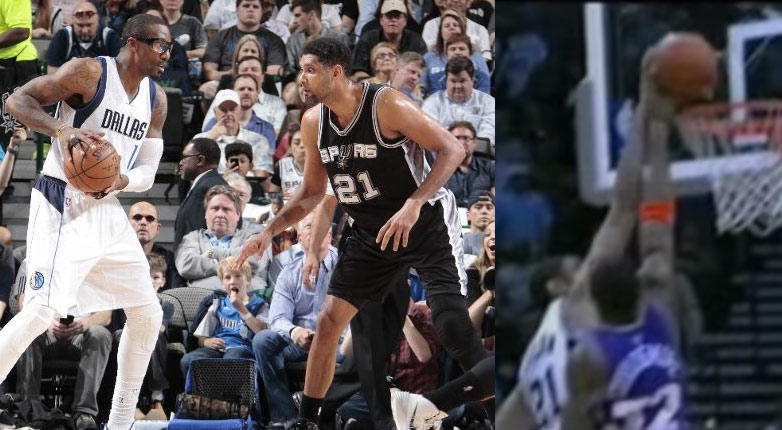 Tim Duncan Rejects Amar’e Stoudemire, brings back memories of “the block” from the 2005 WCF

Watching Amar’e Stoudemire go up against Tim Duncan nowadays isn’t that interesting and last night they combined to score just 12 points, grab 9 rebounds and block 2 shots. 1 of those two blocks by Duncan was on Amar’e who had one of the most most memorable blocks in playoffs history when he rejected Duncan in the final minute of game 4 in the 2005 Western Conference Finals.

Those were the good old days when STAT used to put up huge stats and throw down big dunks on Duncan and the Spurs. 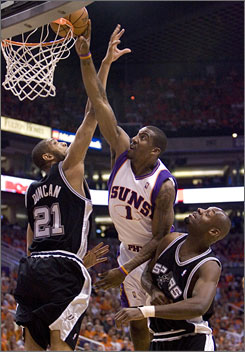 The match-up between the two All-Stars became less interesting once Amar’e left the Suns but the two did give us this embarrassing play when Amar’e dunked on a partially blind Duncan who was hunched over in pain after getting poked in the eye.

But don’t feel bad for Timmy. He’s the one with 5 rings.