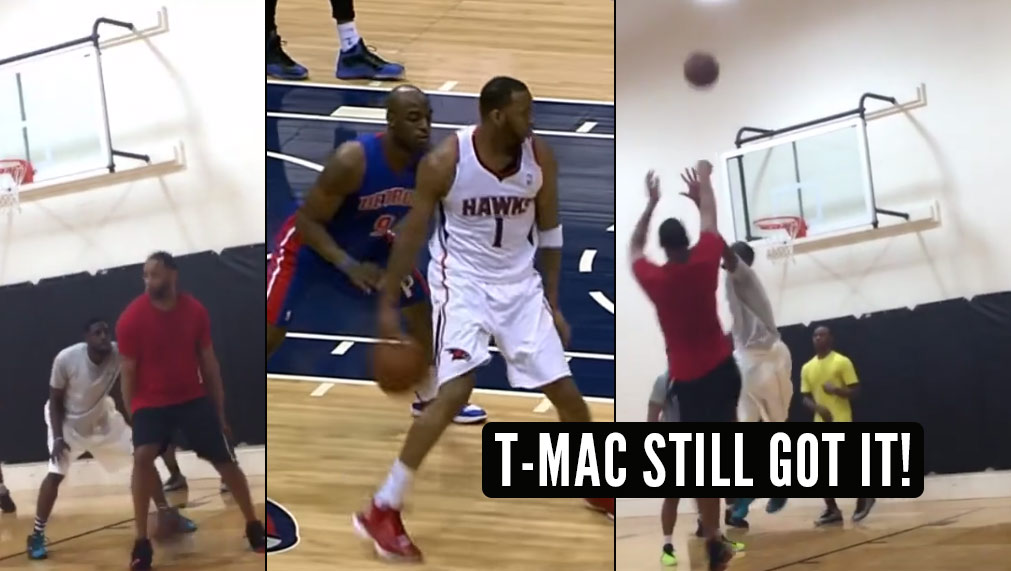 Time flies. It’s been 16 years since Tracy McGrady took flight in the NBA dunk contest; Exactly 14 years since he threw down his famous off the glass ...(Read more)

Tracy McGrady Still Has It! Will He Bring Out His Trademark Behind The Back Jumper at All-Star Weekend?

But this weekend, T-Mac will make his return to All-Star weekend and the city where his NBA career started: Toronto. He will be judging the NBA dunk contest aka “The Who Can Try To Compete Against Zach LaVine Contest” on Saturday and lacing up his Adidas sneakers to play for Drake and Team Canada in the Celeb Game on Friday.  Typically, former players never do anything that exceptional in these games but from the looks of some recent instagram videos of T-Mac shooting hoops at his gym, i’m expecting him to play pretty well.

I’m also expecting him to pull out his signature behind the back jumper and gives us plenty of flashbacks of when he was one of the best, if not the best, offensive player in the league.