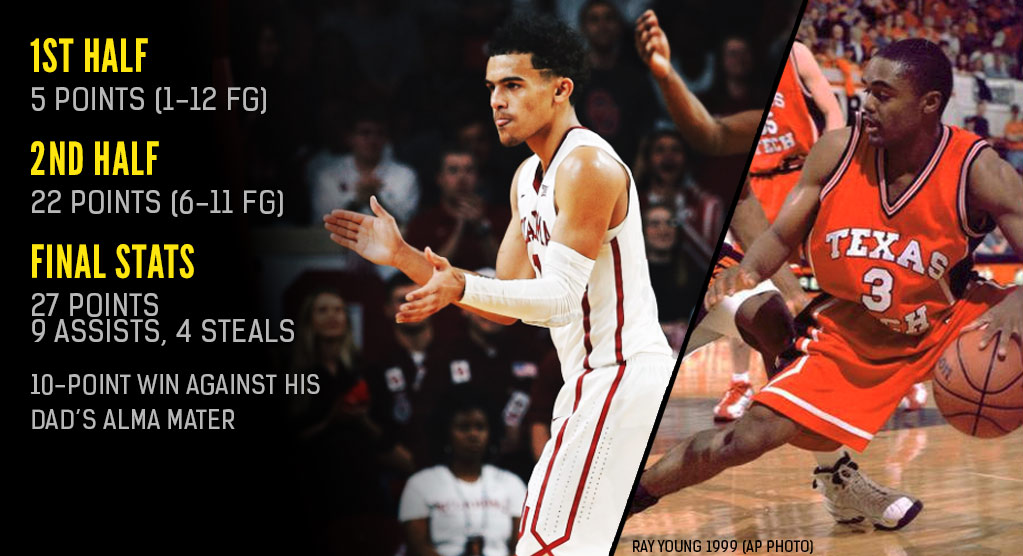 I remember back in 2006, when Kobe Bryant missed 10-of-12 shots in the first half of a game against the Clippers then went off for 40 (and the game-winner) in the second half. That’s Mamba mentality. And that mentality is what I see and have seen in Trae Young since his high school days.

On Tuesday, Young started his game against No. 8 Texas Tech — the team his Dad, Rayford Young, played for between 1996-2000 — with the worst half of his high school and college career: 5 points on 1-of-12 shooting!

“I played like a freshman in the first half,” Young said.

He channeled Kobe at the half and responded with 22 second-half points on 6-of-11 shooting. He also had 9 assists and 4 steals in the 75-65 win over his Dad’s Alma mater.

“I was thinking about this game all night,” Young said. “This is a game … obviously my dad went there, and there’s a lot of emotions. … Had to settle down and not think about that, treat it like it’s just another game.”