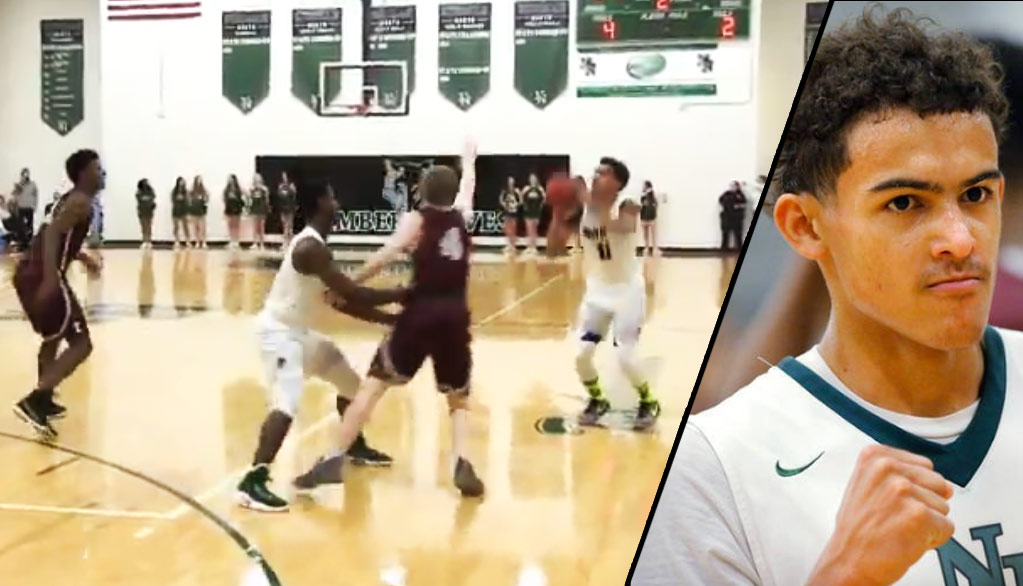 Trae Young Scores Career-High 62 Points, 40 In The First Half

On February 10th of 2017 — almost exactly one year since his career-night — Young was given an award for scoring over 2,500 career points then went off for a new career-high and Class 6A record of 62, including 40 in the first half, in a 103-67 win over Edmond Memorial.

“I was feeling it tonight,” Said Young, who also chipped in with 5 boards, 4 assists and o cherry picks. “I got shots to drop early and after that I was feeling like I couldn’t miss.”

The 62 pushes his season average to 44 and topped his previous season-high by 10. He plans to announce his decision to join either Kansas, Oklahoma or Oklahoma State on Thursday.