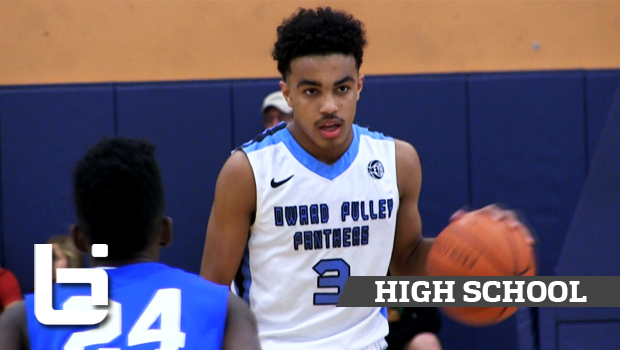 When we caught Tre playing up with the 16U Howard Pulley team at the Chicago Summer Jam, Jones’ defense stood out. He is long for a PG and his calm demeanor and unselfishness combined with his high level skills and competitive attitude made him instantly noticeable on the court. He pushed the ball effectively all weekend as his team shared the tournament title.
During last season as a freshman, Tre Jones helped lead Apple Valley HS to the Minnesota 4A state title (30-2), averaging 10 points, three rebounds, five assists and three steals, while playing alongside 2017 5-star player Gary Trent, Jr.
Duke, Baylor, Texas Tech and Minnesota have offered Jones, with many others showing interest.
With a bright future ahead, we hope to catch Tre Jones and his Apple Valley squad this season in their quest for another Minnesota state title…
For more Tre Jones and Midwest basketball mixtapes watch and subscribe to ballislifemidwest’s youtube channel and follow @scottballislife on Instagram and @BallislifeCHI on Twitter. Thanks for watching and subscribing!