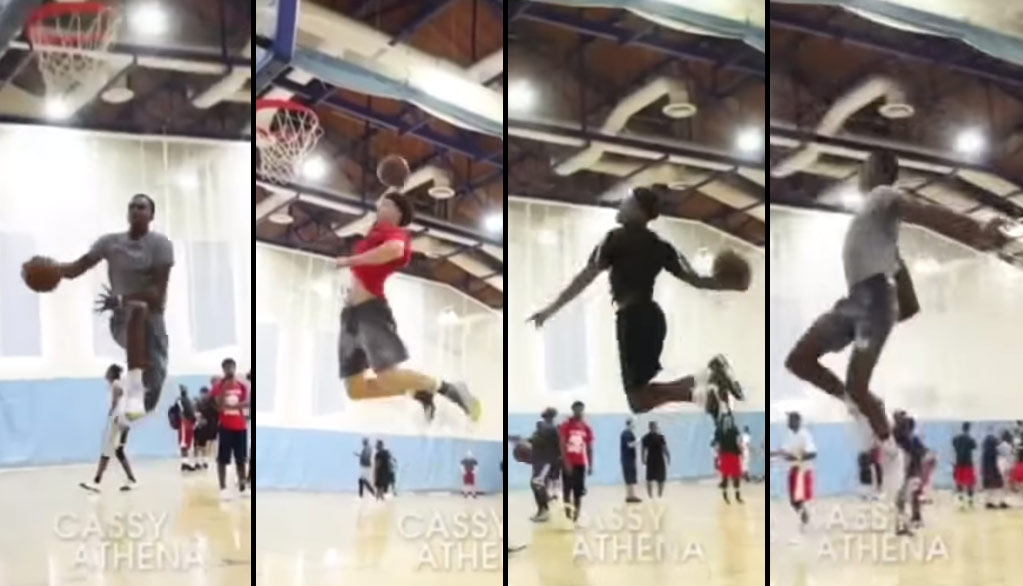 The story of a team with UCLA’s LiAngelo Ball, Jaylen Hands, Prince Ali, Kris “Air” Wilkes and Cody Riley beating a team with LeBron James in a pick-up game almost broke the internet on Thursday. Here’s some footage (what’s up Cassy) of the UCLA youngsters showing off their athleticism and dunk package during the star-studded practice.

Don’t be surprised to see Hands aka “Baby Westbrook” in some future dunk contests. Here he is winning our 2017 All-American dunk contest.

And speaking of Westbrook and UCLA hops, here’s a few other former Bruins deserving of some props for their hops, including Gelo’s older brother and another former Ballislife All-American dunk contest winner.

Kareem Abdul-Jabbar (then known as Lew Alcindor) was dunking on so many defenders in college, the NCAA decided to ban the dunk shot.

I don’t have any dunks from his college days to share but I do have proof that he dunked on LeBron after his UCLA days.