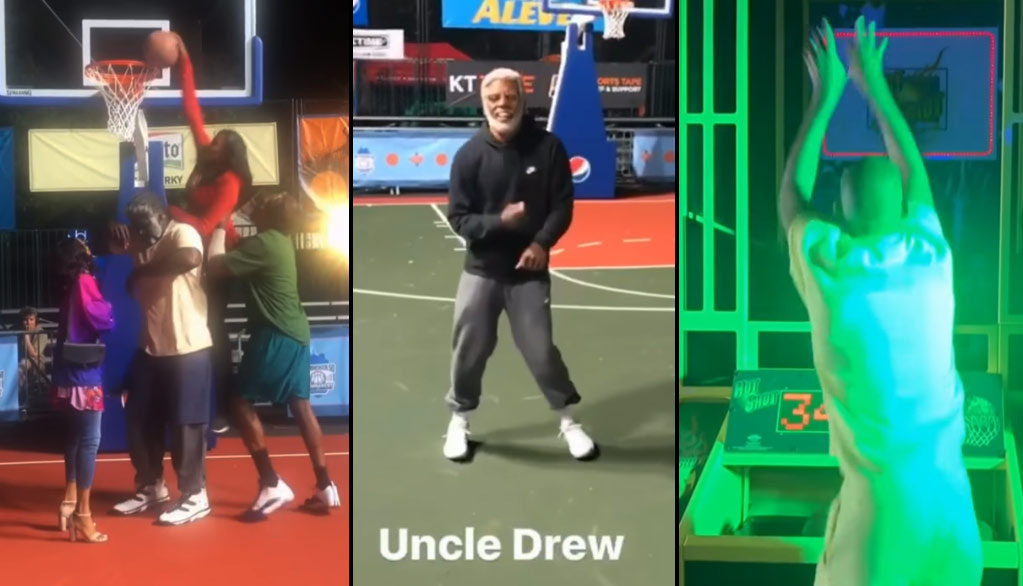 The most amusing highlights from behind-the-scenes footage so far has been Kyrie Irving and Reggie Miller playing pop-a-shot basketball at a D&B and 5’9 Nate Robinson dunking on his former teammate, Shaq, like he did in practice seven years ago.

Speaking of the 3 x dunk champ during his younger days in the league, here’s a ‘Then & Now’ graphic with Nate and everyone’s favorite uncle. 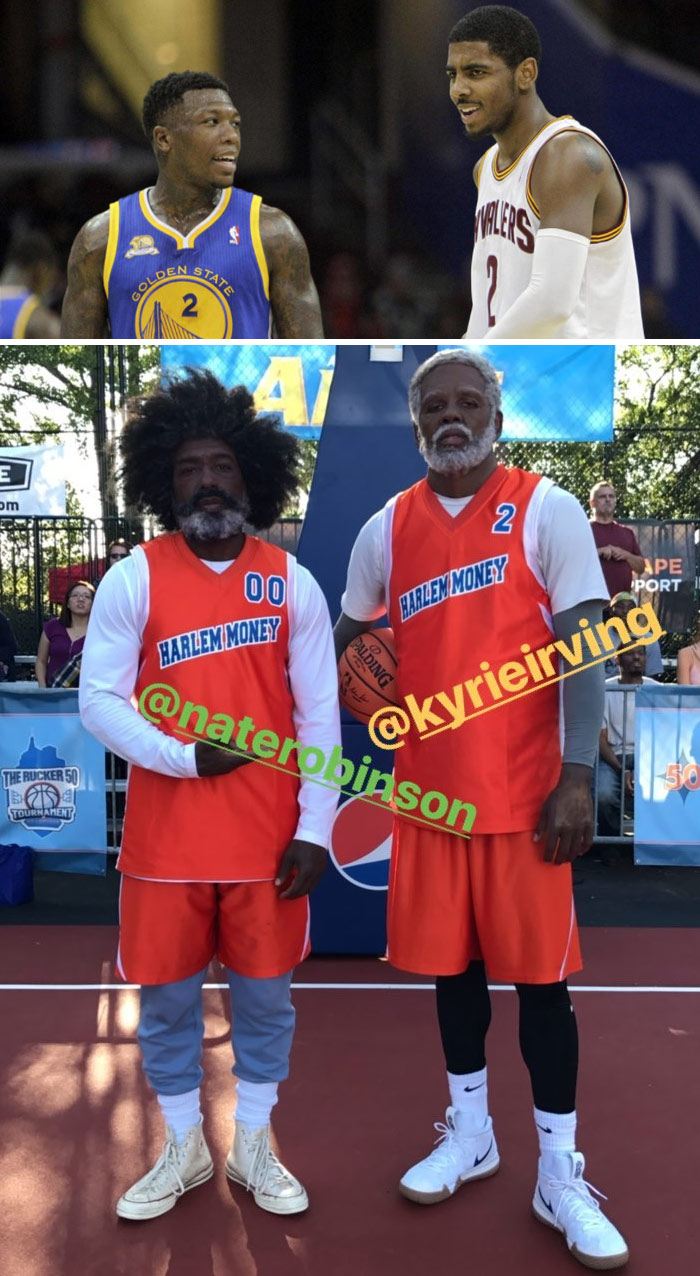