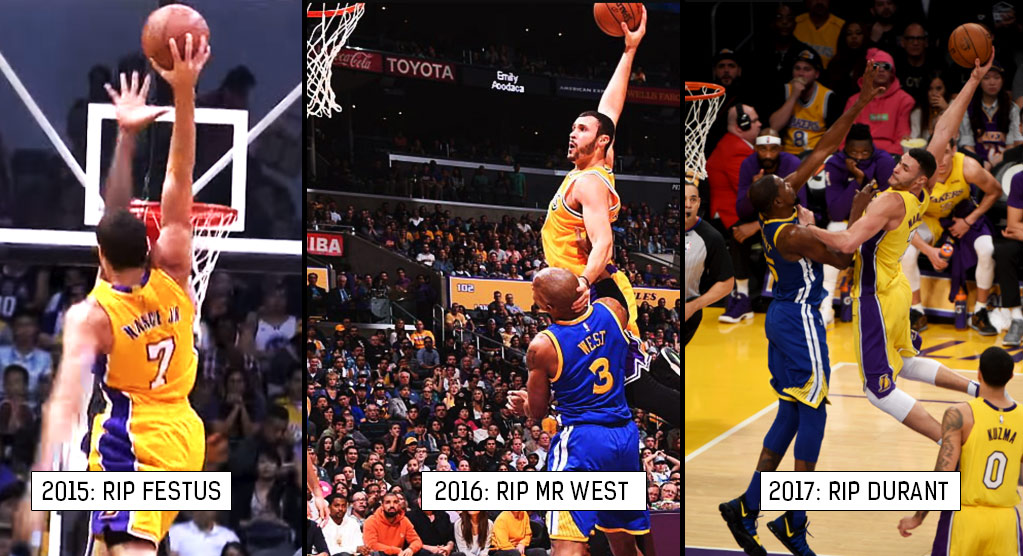 I”m pretty sure when Larry Nance Jr was a kid, his father — former NBA dunk champ and 3 x All-Star Larry Nance — taught him to hate the Golden State Warriors. I’m not sure why. Maybe he hated Sleepy Floyd (I only singled out Sleepy because he has a cool ass nickname and once scored 51 points against the Lakers, knocking down a ridiculous 12 straight shots in the fourth quarter)? Maybe he hated Run TMC? Who knows? All I know is every single year I’m talking about Jr murdering a Warrior.

The first of the annual murders came in 2015 when Nance was a rookie on the Lakers and thankful that Kobe didn’t try to kill him for something in his past. During a preseason game against the Warriors, Nance posterized Festus Ezeli the way his dad used to posterize big men like Lakers great Kareem Abdul-Jabbar.

In 2016, Nance had a TRIO of nice dunks that involved Draymond Green. He didn’t dunk on Green but he blew by him and dunked on one play, threw down an alley-oop on another and threw down an impressive rock-the-cradle dunk after the whistle on the last of the three.

Those dunks were just foreplay compared to what he did to the always pissed-off looking David West. In November of 2016, Nance dug a grave for Mr. West by not only throwing down a disgusting dunk over him but palming his head like they were about to engage in some foreplay.

After witnessing the murder of the angry Warrior, I thought to myself there’s no way he’s going to top that dunk unless he posterizes Kevin Durant.

On December 18th of 2017, in front of Kobe Bryant, Larry Nance Jr posterized Kevin Durant! Yeah, yeah, I know KD made the game-winner and it seemed like every Laker on the roster was dunking on KD in the first half but Nance’s dunk on KD generated an image that I’m sticking on my office door (It’s time for me to take down that 1998 poster of Tyra Banks anyways). 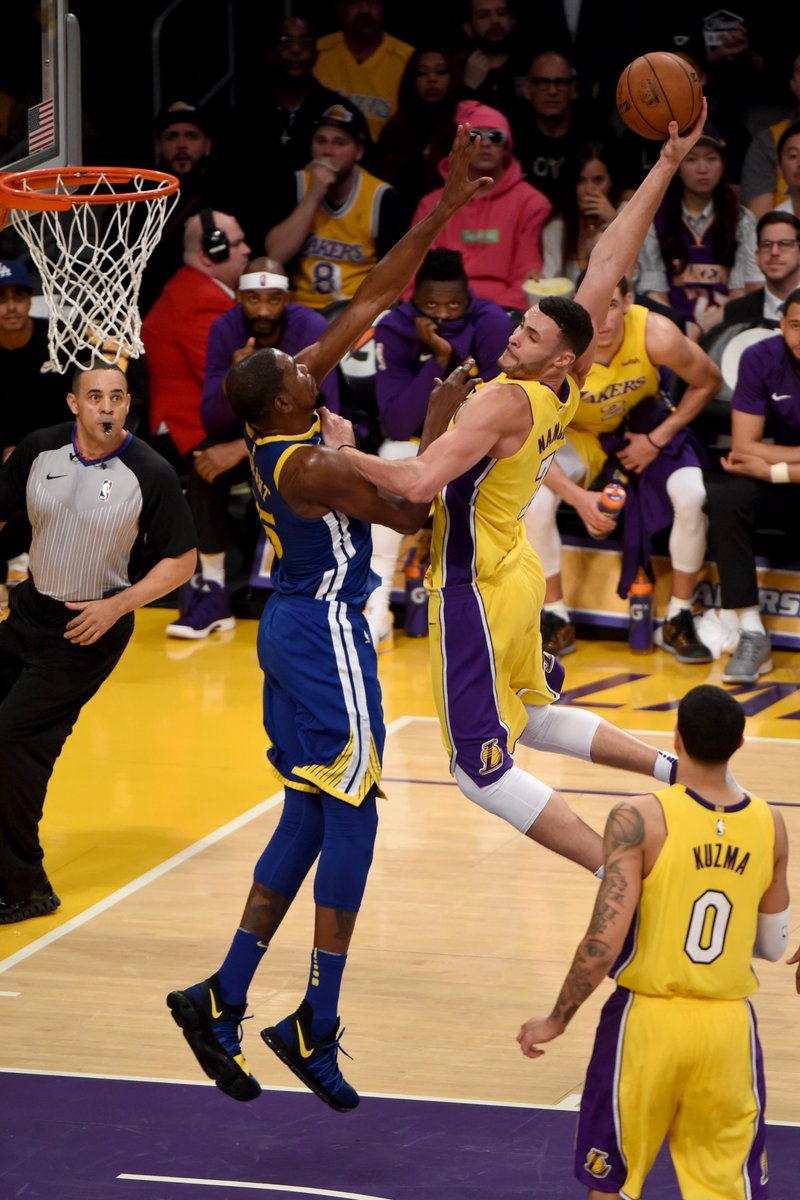 Also worth mentioning is how happy teammate Brook Lopez looked after watching Nance dunk on KD. He knows exactly how it feels to end up on a R.I.P video with Nance.

And here’s some footage of a few Warriors (Anderson Varejao and Jordan Bell) who were assaulted but not murdered by Nance.