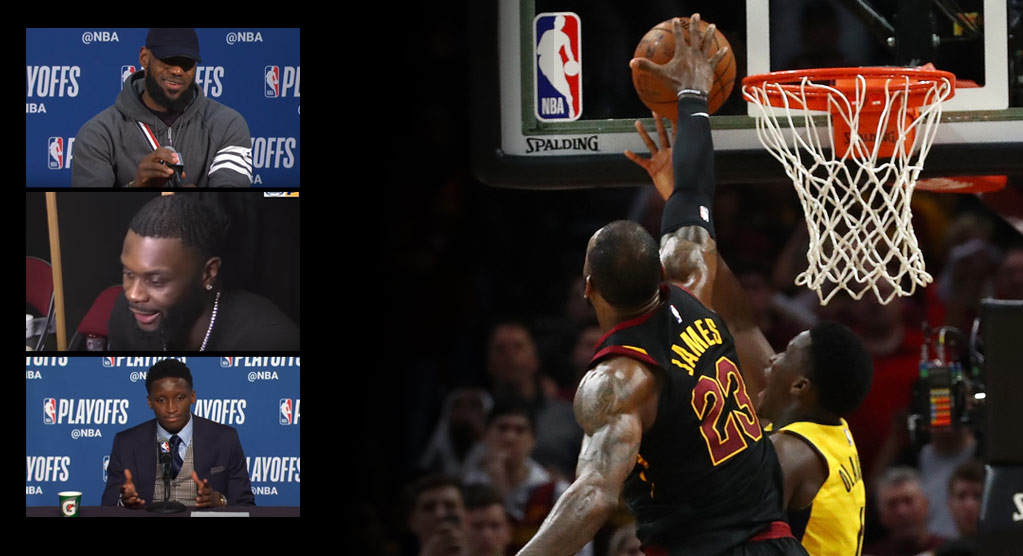 Was LeBron’s game-saving block before his buzzer-beating game-winner in Game 5 a goaltend? He admitted it was….according to LeBronologist Brian Windhorst, who tweeted his favorite player saying, “I ...(Read more)

Was It A Goaltend? LeBron, Lance & Oladipo Answer

Was LeBron’s game-saving block before his buzzer-beating game-winner in Game 5 a goaltend?

He admitted it was….according to LeBronologist Brian Windhorst, who tweeted his favorite player saying, “I definitely thought it was a goaltend. Of course.”

LeBron really doesn’t think his defensive play on Oladipo was a goaltend. That tweet cut off the King saying, “No, of course I didn’t think it was a goaltend. I try to make plays like that all of the time. He made a heck of a move, got me leaning right and he went left and I just tried to use my recovery speed and get back up there and make a play on the ball and I was able to make a play.”

As for Oladipo, here’s what he had to say about LeBron giving him that Iguodala playoff treatment.

“I got a step on him, and I felt I even got grabbed on the way to the rim. Tried to shoot a layup. It hit the backboard then he blocked it. Replays I guess you can see. I guess it was a tough play at the time for him but It was a goaltend. It’s hard to even speak on it. It just sucks. Honestly, it really sucks.”

“Of course. I think it was goaltending. We should have got the refs attention and told him. I don’t know what to say about that. Look at the replay. Clearly a goaltending. I’m disappointed but hey, we got to take care of home.”

Unfortunately for the Pacers, the play wasn’t reviewed and they are now one game away from fishing trips…and whatever Lance does in the summer.