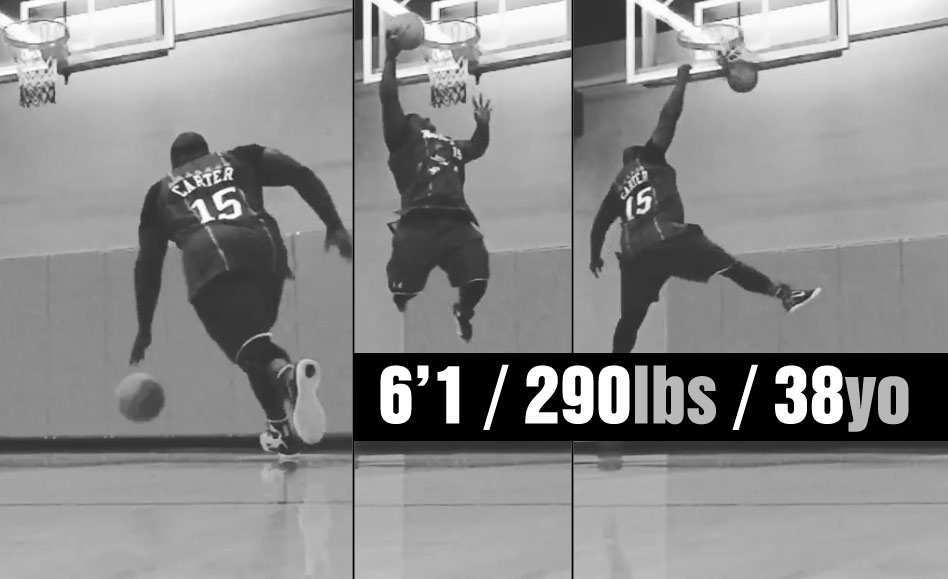 Just because you put a Vince Carter jersey on a 290 pound dude who is barely above 6 foot doesn’t mean his big ass is going ...(Read more) 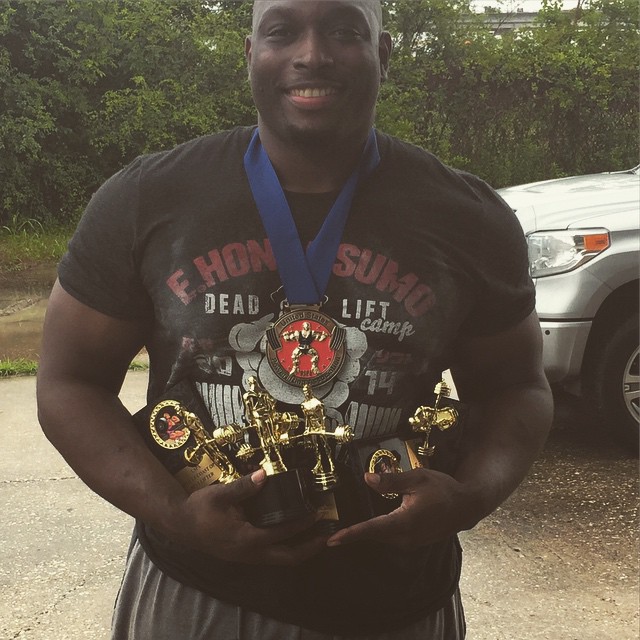 Just because you put a Vince Carter jersey on a 290 pound dude who is barely above 6 foot doesn’t mean his big ass is going to be able to start throwing down 360 dunks.  Well, maybe it does.  Actually, the “world’s strongest dunker” Jaisyn Mike has been a pretty decent dunker for years, but he didn’t become a near 300 pound monster until recently.

I met JMike 6 years ago at a Red Lobster in Houston and at that time he had a real lean build and was putting out training DVDs and running a daily TV show. I haven’t seen him since 09 so you can just imagine my surprise when I came across this video of him throwing down 360 dunks while almost pushing 40 with 300 pounds on his frame.

Even crazier than the 360 is when he switches to his Jordan jersey and shows he can dunk off vert! But what’s really crazy is watching JMike hit the weights and bench 550 pounds!