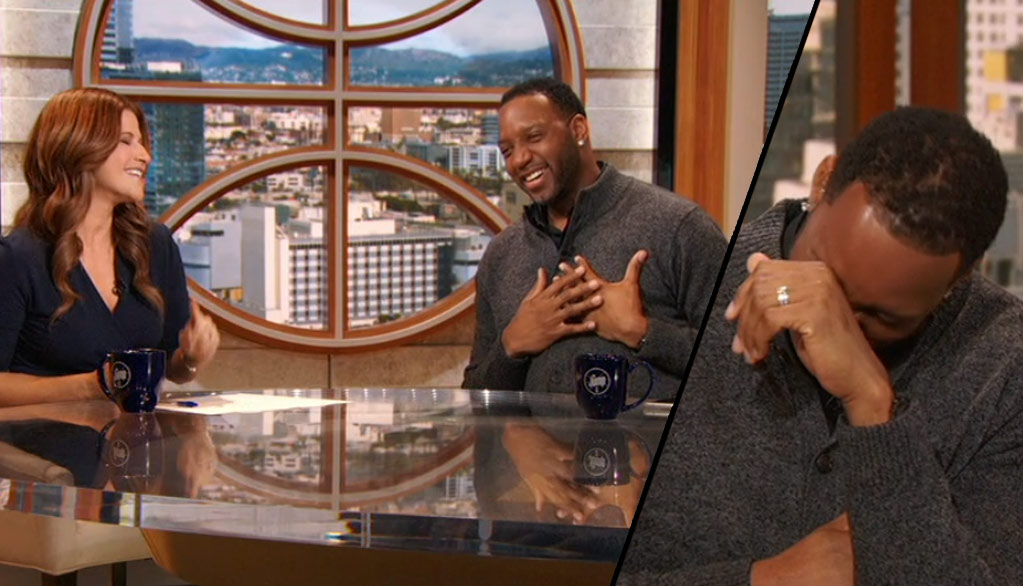 The list of 2017 Hall of Fame candidates are out and one of those candidates is seven-time NBA All-Star and two-time NBA scoring champ Tracy McGrady ...(Read more)

The list of 2017 Hall of Fame candidates are out and one of those candidates is seven-time NBA All-Star and two-time NBA scoring champ Tracy McGrady aka T-Mac aka One baaaaad man who shouldn’t be judged by his ringless fingers. On Wednesday, “The Jump (best basketball show on TV by a long shot)” host Rachel Nichols released a video of her breaking the news to McGrady and almost giving him a heart attack on the spot.

“WHAT!” said a shocked McGrady, who struggled to complete a sentence and constantly switched between borderline hysterical laughter and having a cryfest upon hearing the news. “I’m blushing right now. I don’t know what to say.”

McGrady also said this is something he never expected when he came into the league as a prep-to-pro player back in 1997.

SHOULD MCGRADY BE IN THE BASKETBALL HALL OF FAME?

I remember when watching the 97 draft and questioning the pick. I remember when his first NBA coach, Darrell Walker, said he had a poor work ethic and would probably be out of the league in a few years. I remember (I’m sure T-Mac doesn’t even know this) a VP with an organization saying a certain GM was willing to dump him for an aging Kevin Willis and another GM called him “one of his least favorite players he’s ever had.”  I remember thinking he might be committing career suicide by leaving his cousin in Toronto to play for a team like Chicago or Orlando. I remember thinking he was just going to be a side-kick to Grant Hill in Orlando.

Walker was wrong! I was wrong! A lot of us were wrong and I couldn’t have been happier about eating my words. Coming from the Orlando area and living in Sugarland/Houston, I have countless great memories of T-Mac with the Magic and Rockets. I even have great memories of McGrady playing baseball in my backyard (literally) as a member of the Sugarland Skeeters.

So, I couldn’t have been more proud or had a bigger smile on my face when hearing Rachel Nichols break the news to one of my favorite players of all-time. Now, do I think he belongs in the Hall of Fame? Absolutely! Most people will disagree with my take on the Hall of Fame and how a player’s greatness shouldn’t be judged by a team accomplishment. I couldn’t care less about McGrady’s ringless finger. To me, it’s like saying many of the greatest film directors of all-time (Hitchcock, Welles, Tarantino, Altman, etc) shouldn’t be placed among the greatest because none of their films won an Oscar for Best Picture. I know Kobe Bryant thought of McGrady as his toughest opponent and that alone sounds like a first class ticket to the Hall to me. Throw in about seven seasons when he was one of the most elite scorers in the league, first round fantasy draft pick and fan favorite and I don’t see why he shouldn’t be there.

This also leads me to an amusing video of McGrady saying, “anybody can be champion, everybody can’t be a hall of famer.” in response to a comment by Robert “Seven Rings” Horry. Although I agree with this statement, I do believe Big Shot Bob also deserves to be in the Hall of Fame and I’m not just saying that because I’ve been business partners with Horry. I’m saying it because of his impact on the game and all of the memories and stories he gave basketball fans. And that’s also why I am saying Tracy McGrady belongs in the Hall of Fame.