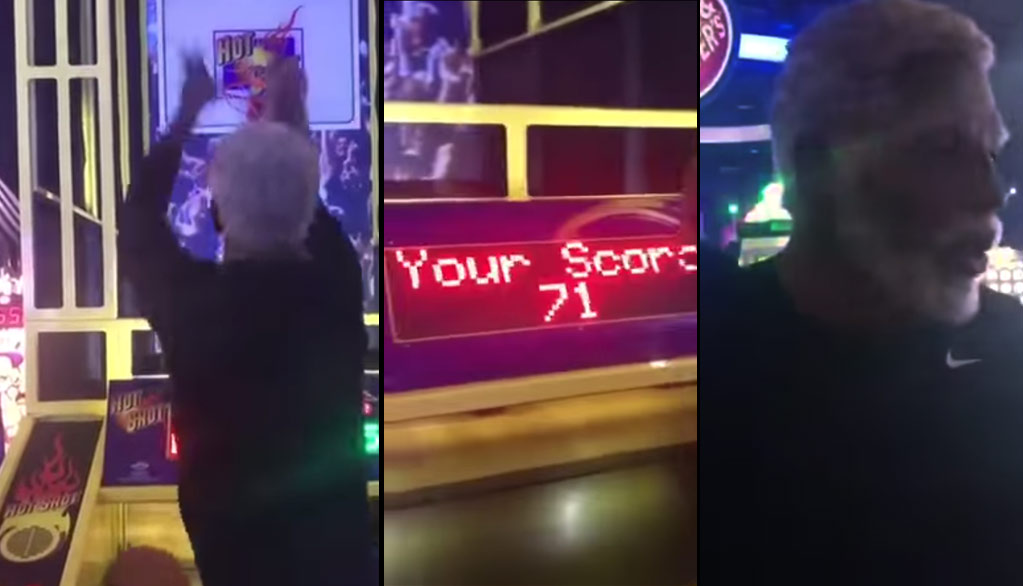 The featured video is Kyrie Irving, dressed as Uncle Drew, showing you he will probably beat your high score, get the bonus time and rack up more tickets than you if you play him in pop-a-shot basketball at a Dave & Busters. He has a pretty quick release and doesn’t make the mistake of looking down like Kevin Durant does.

Or this Asian guy, who once destroyed LeBron James on Jimmy Kimmel.

Speaking of pop-a-shot, here’s an amusing story about Kobe and Michael Redd.

We went to the village to hang out a few times while the Olympic Games were going on, and I remember everybody walking through the arcade that they’d set up for the athletes. There were a bunch of games, but in particular, they had those mini pop-a-shot basketball games that you can find in just about every arcade in the world. Kobe and Michael Redd started playing, and things got competitive. After a few games, I got tired of watching, so I left to meet up with some friends. I had to have been gone for a couple of hours. When it was almost time to head back to the hotel, I stopped by the arcade again and those guys were still playing! Both of them were in a full sweat with a focus like it was a real game. That was pretty funny to me because I’d always heard about how competitive Kobe was and in that moment, I got to witness it for myself.