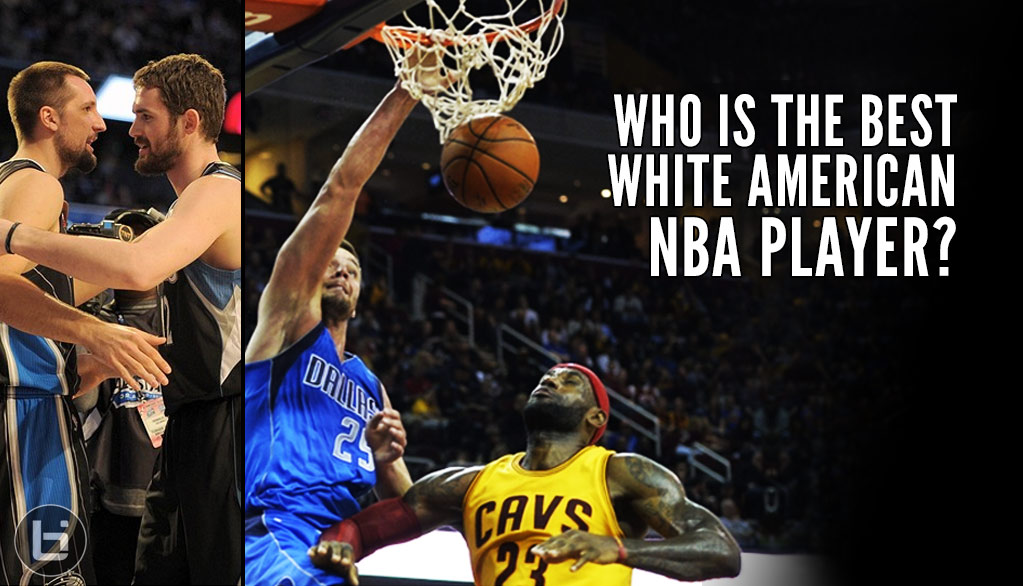 In a very interesting Undefeated article called “Where Are All The White American NBA Players,” Marc J. Spears spoke with JJ Redick, Chandler Parsons, Ryan Anderson, Doug McDermott and Jason Smith about what it is like being a minority in the NBA. So how small is this minority? According to the article, there’s just 42 white American-born players going into the 2016/17 season and 7 of the 30 teams don’t have one.  In the late 80s, the Boston Celtics had 10 just on their 1987 roster and three (Larry Bird, Kevin McHale & Bill Walton) were future hall of famers,

One of the most amusing questions to the group was who they thought was the “best white American in the NBA” in the league right now. Kevin Love, who declined to participate,  got 2 of the 4 votes while Smith showed Love no love by not even putting the NBA champion in his top 2.

Smith: Ryan Anderson. I played with him in New Orleans. I would have to go with him or Gordon Hayward. There are not very many of us, but there are some good ones out there.

Anderson: Kevin Love is supertalented. I grew up playing against Kevin Love quite a bit in college and everything. But, there is no harder-working white American basketball player than J.J. Redick.

Redick: Is it Kevin Love? Who am I missing? It’s probably Kevin Love. Who’s a starter?

Parsons: Me, of course.

A partially joking (I hope) Parsons picked himself and shared his thoughts on the unfair stereotypes that comes with being pale and looking like a Justin Timberlake impostor.

It’s almost like a joking thing among guys in the league about the stereotypes, whether it’s music or food or the way we dress. It’s just stereotypes that are kind of like an ongoing thing that goes on in the NBA …

There’s stuff where people call me, ‘white boy,’ or things like that. Same thing with stereotypes. Obviously, I’m a shooter because I’m white or I’m slow and less athletic because I’m white. But not hate. When I dunk on somebody, it’ll be like, ‘Oh, Chandler Parsons is deceptively athletic.’ Why wouldn’t I just be athletic?”

Click here to read the full article.  Scroll past the team photo of the 87 Celtics to enjoy highlights of 10 of the best white American players ever. 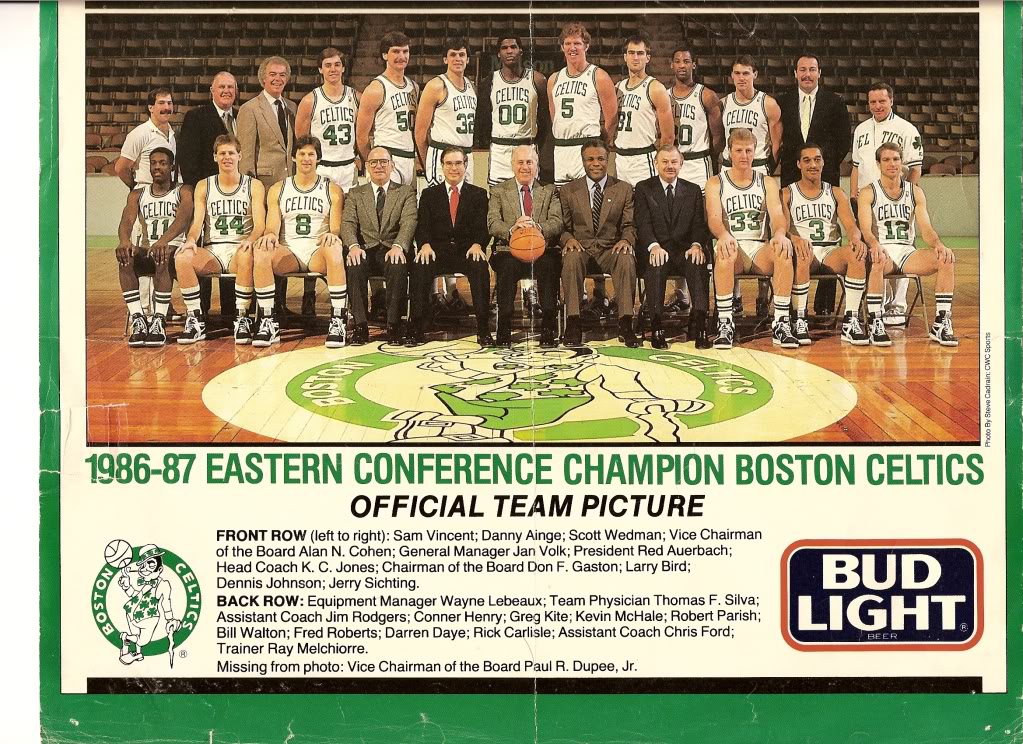