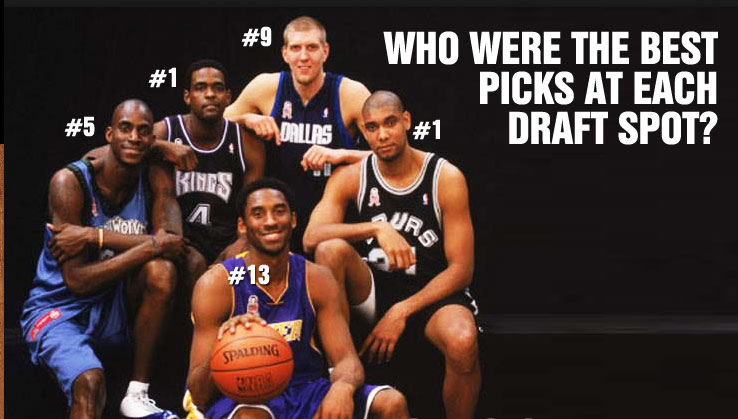 On June 19th of 1984, the Houston Rockets made the great decision to pass on Michael Jordan and draft Akeem (No H yet) Olajuwon with the ...(Read more)

NBA DRAFT: Who Were The Best Picks By Each Draft Spot

On June 19th of 1984, the Houston Rockets made the great decision to pass on Michael Jordan and draft Akeem (No H yet) Olajuwon with the #1 pick in the NBA draft. As crazy as it sounds to say passing on The GOAT was a great decision, drafting the hometown favorite who turned out to be arguably the most talented center of all-time and helped bring two NBA championships to the city was in fact a great decision.

A fun question to debate is who was the best #1 pick among #1 picks and likewise for the rest of the first round? Rukkus via HoopsAddict created this pretty cool infographic featuring their picks at each spot to help you decide. Although I would agree on most of these players being the best pick at their number, I can’t call them the best pick for that team because some of these players were traded by the team that picked them – like Dirk (Bucks) and Kobe (Hornets). 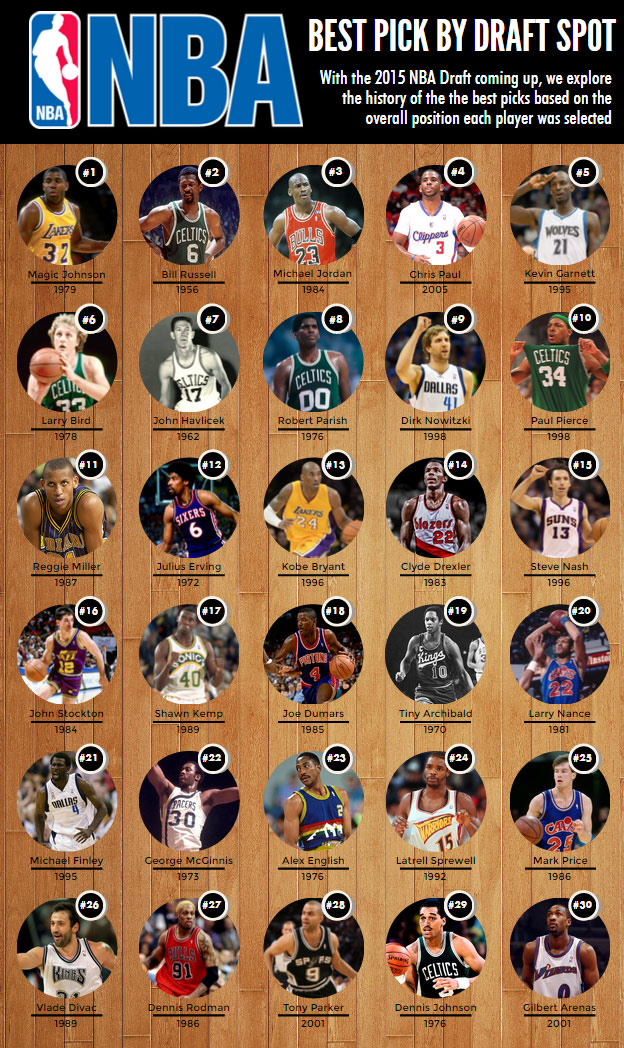