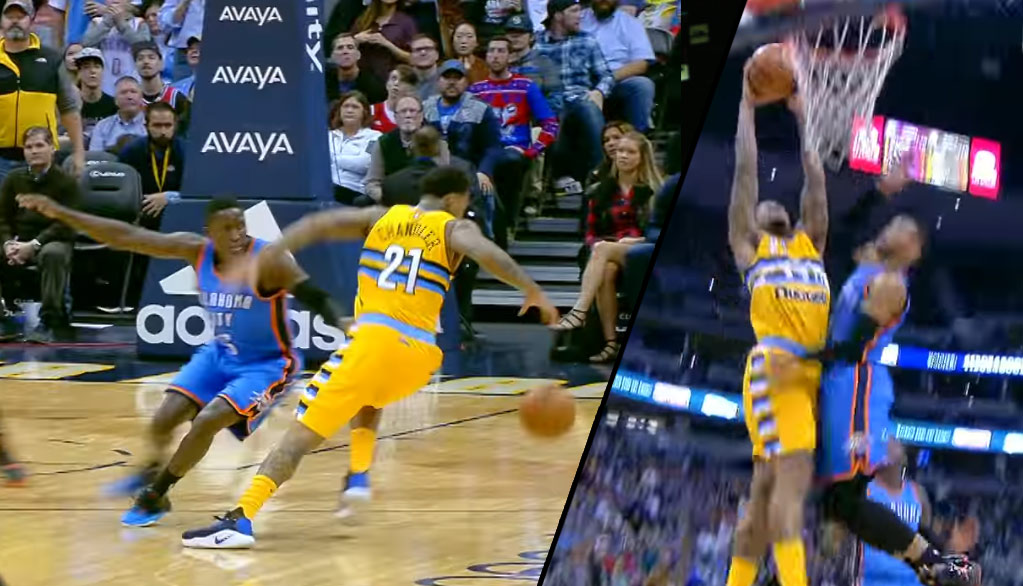 Wilson Chandler has been a fantasy steal this season and on Friday he put up a season-high 32 points to go with 11 boards and 4 ...(Read more)

Wilson Chandler has been a fantasy steal this season and on Friday he put up a season-high 32 points to go with 11 boards and 4 assists against the Thunder. He also had the play of the game with this clutch behind the back move on Victor Oladipo and dunk by Russell Westbrook.

As expected, fantasy God Beastbrook put up a huge line: 36 points, 18 assists and 12 rebounds! 17 of those 36 points came in the 4th quarter but he had a potential game-winner blocked by Kenneth Faried at the end of regulation.

But he kept coming and coming and scored seven in OT to give the Thunder the 132-129 victory.

“I think he’s a throwback player,” Nuggets Coach Malone said. “I think he’s a guy that would have excelled back in the `80s, which is my favorite period of the NBA when (there wasn’t) all this lovey-dovey, hug-and-kissing and no hard fouls. There were real rivalries and everything earned and every game you won had to be earned.”