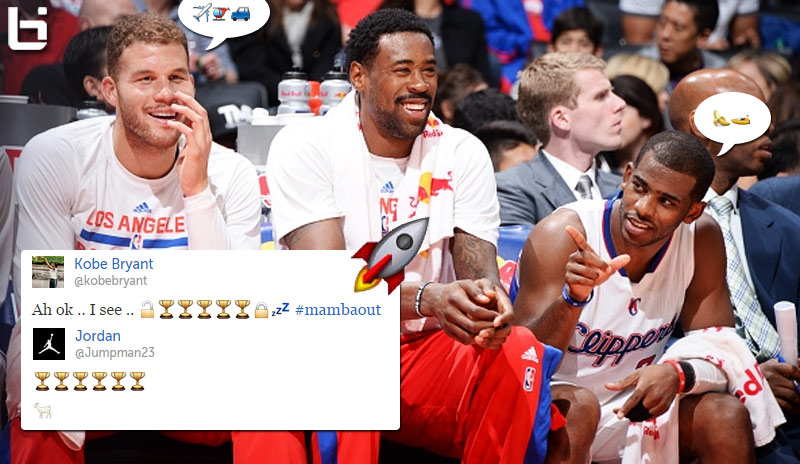 On Wednesday, July 8th of 2015, the NBA had its first Emoji battle. It started off as a duel between the Mavs and Clippers over DeAndre Jordan. It soon became an online war that included the NBA champion Warriors, 5-time NBA champion Kobe Bryant and the champion of champions, Michael “The GOAT” Jordan!

The young Clippers, especially Blake Griffin, did a great job at landing some hilarious bombs while veteran Paul Pierce looked a little out of place when he entered the battle by uploading a gif instead of using an emoji.

When all the dust was settled, the big winners were Pierce and the Clippers, who were able to end their shootout with the Mavs by resigning DeAndre Jordan to a 4-year, $87.7 million max deal.

The biggest loser of the day was Chris Broussard and his sources.

.@Chris_Broussard that’s is the dumbest shit Ive ever heard. If you had any ethics u would msg me and I will give u his address

How could you possibly know that. STFU https://t.co/7n2qnHL69L

HOW THE WAR STARTED