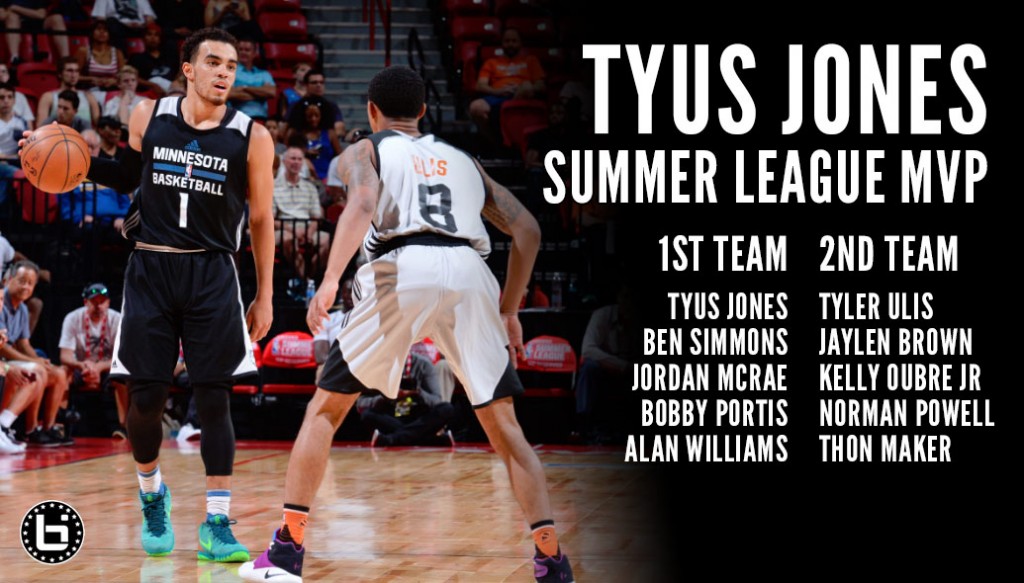 Playing without lottery pick Kris Dunn, the Wolves won their 4th straight game on Sunday to advance to Monday’s Summer League championship game against Chicago. Tyus Jones scored a game-high 29 to go with 6 assists in the 4th win and was also named to the All-NBA Summer League 1st team and MVP of the summer league.

In 7 games, Jones averaged 19.4 points on 45.7 percent shooting to go with 6.3 assists, 4.0 rebounds and 1.3 steals. His most memorable game came on Saturday when he hit the game-winning free-throws after a Reggie Miller worthy flop at the end.