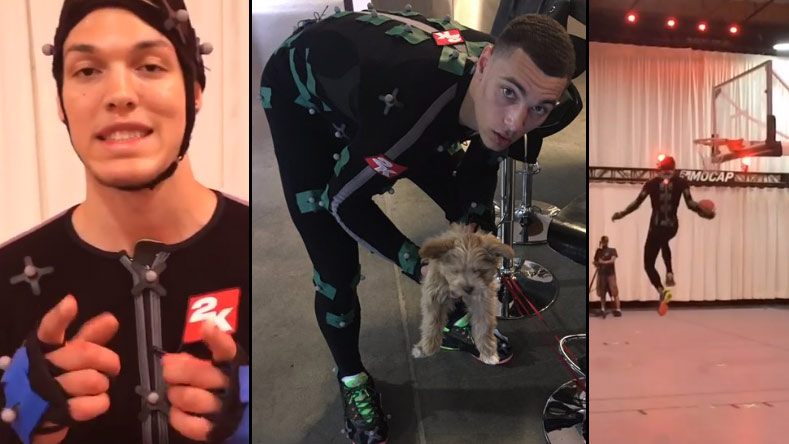 View this post on Instagram A lot of bounce in the office today #mocap #2k17 #wehere A post shared by MICHAEL PURDIE (@michaelpurdie) on May 19, ...(Read more)

A lot of bounce in the office today #mocap #2k17 #wehere

Because having high-flying pro dunkers like Myree Bowden, Michael Purdie and Jonathan Clark wasn’t enough, 2K sports brought in dunk champ Zach LaVine and (should have been dunk champ?) Aaron Gordon to put on some tights and help out with the motion capture for NBA 2k17.

If that wasn’t already worth the price of admission (if they were selling tickets), Rachel DeMita was also in the mocap room (in camo tights).

And no, I have not been able to confirm the rumor (made up by me) that Will Barton and Andre Drummond were at the EA studios for NBA (Still A)Live 17.