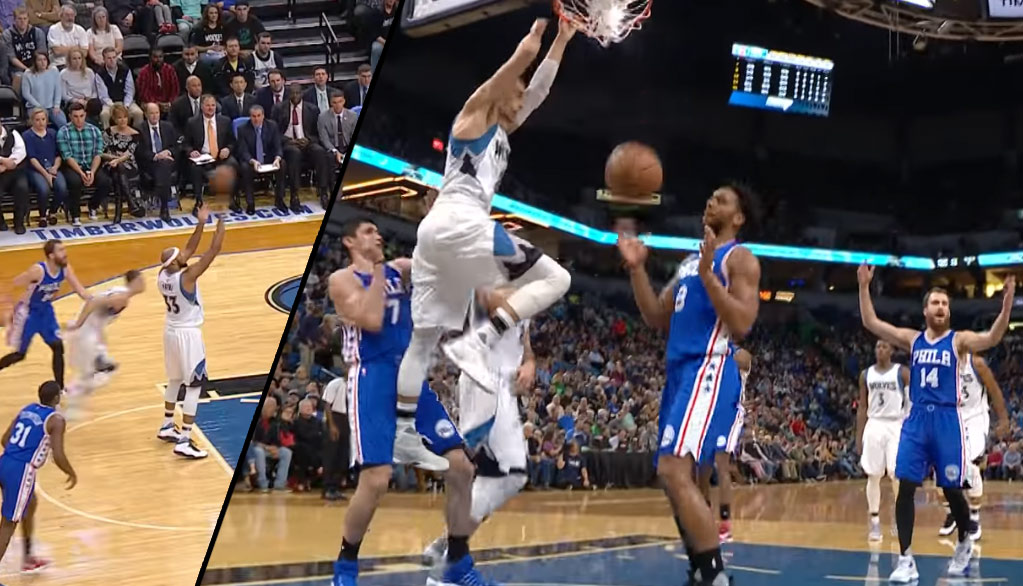 Who cares, it’s a great highlight and I think it’s funny Zach LaVine had absolutely no faith in Adreian Payne making the free throw even though he’s shooting .818 from the line this season and made 4 of 6 on the night. I also love seeing this play happen just so I can share some old throwback clips of Michael Jordan showing why he was the master of the free throw putback dunk.

Speaking of funny clips and old school name drops, during the halftime of the game, Kenny Smith got a little carried away with comparisons and said Kriss Dunn had “Russell Westbrook tendencies,” Andrew Wiggins is “going to take James Harden and Klay Thompson’s spot,” Karl-Anthony Towns is “the new Tim Duncan,” and  Zach LaVine is “the new Clyde Drexler.”

Now, I love Zach and I think he’s a future All-Star but he’s a loooong way from being the next Clyde Drexler. Kenny realized it a minute later and apologized to Clyde for the comment as the rest of the Inside the NBA crew cracked up.