In his 15th season, at the age of 34, the Grizzlies Zach Randolph fka The Black Hole, became the 3rd oldest player to record his first NBA triple-double: 28 points, 11 rebounds and 10 assists.

“He can’t say I never done nothing for him,” said the always quotable Tony Allen after the game, referring to making the shot which gave Z-Bo the honor.

“I ain’t had fun like this in a long time,” said Randolph. 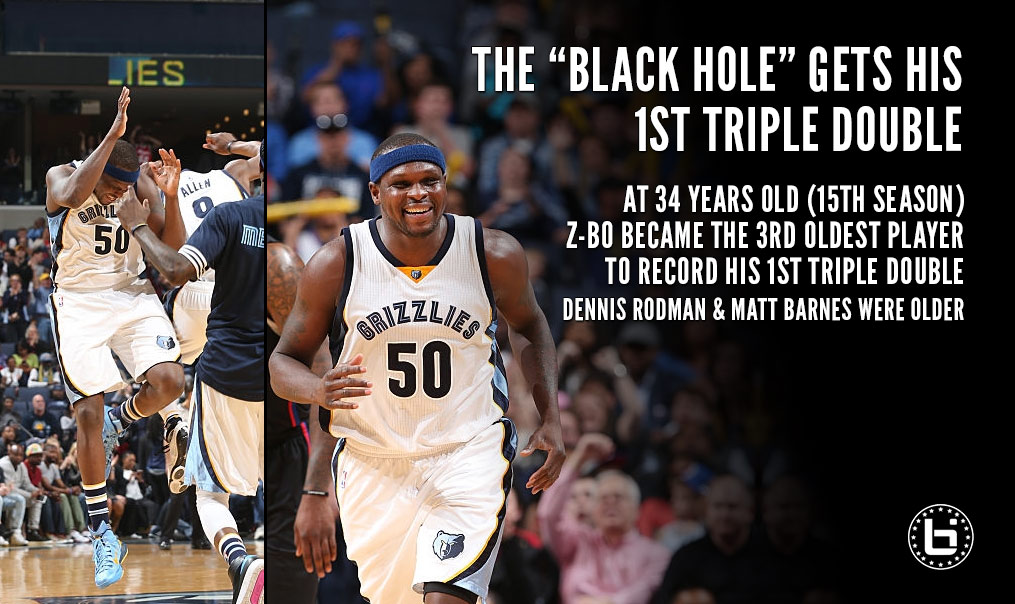