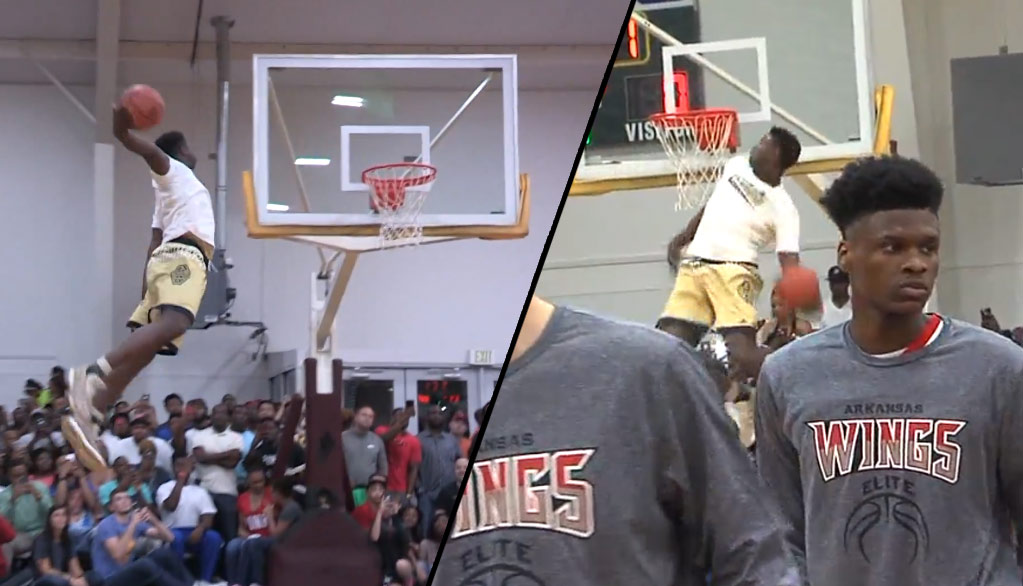 This unreal 360 scoop dunk by 16-year old Zion Williamson might be a FU response to us for putting out a LaMelo Ball mixtape called “The ...(Read more)

This unreal 360 scoop dunk by 16-year old Zion Williamson might be a FU response to us for putting out a LaMelo Ball mixtape called “The Most EXCITING Player In High School!”

At the Real Deal In The Rock AAU event, over 3,000 people showed up to watch Zion put on another viral worthy dunk show and score 47 points as he led his South Carolina Supreme team to a victory over the Arkansas Wings.

“The craziest thing to me was when the crowd went nuts when Zion Williamson missed a dunk during the warmups,” said event founder Bill Ingram. “I’ve never seen a crowd react to a missed dunk like that. The fans were ‘oohing’ and ‘awwing’ over a missed dunk. To me, that’s the funniest thing that happened. But I thought he lived up to his billing during the game. His talent level is off the charts.

“I thought it was a history-making event nigh. “The crowd was at an all-time high. We had the governor [Asa Hutchinson] and two former senators here. We had current Razorback players, future Razorback players. I’ve never seen anything like that in summer basketball.”