In my interview with Zach LaVine before the dunk contest, we talked about how Space Jam was his favorite childhood movie and how he would go out and dunk in his backyard after watching a VHS copy of the basketball classic (which Jordan actually hated making). So I wasn’t totally surprised that Zach was going to pull out an homage to the film during the contest, but when I saw members of the Quad City DJ’s run out on the court doing the title track off the soundtrack, I knew we were about to witness a moment in dunk contest history that people will be referencing for a while.  I was right. The whole crowd including every past, present and future NBA player in the arena went absolutely nuts after Zach threw down his trademark reverse between the legs dunk while wearing a Michael Jordan Tune Squad jersey …well everybody except for Dr J. 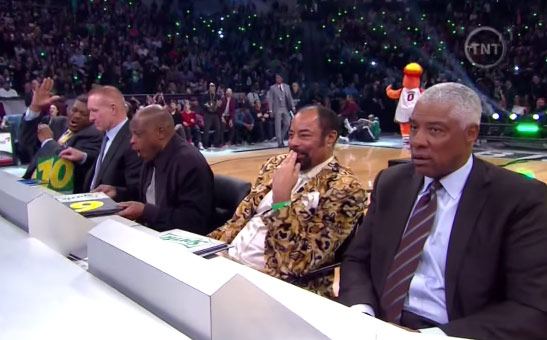 I was sitting with a few other NBA legends like Chocolate Thunder and Dikembe Mutombo and I didn’t understand a damn word Deke said but I could tell he was extremely excited. But how could you not? Let’s look at this dunk one more time – actually 10 more times.

As amusing as Dr J’s reaction was, I laughed a lot harder during the post contest conference when a reporter told Zach that the dunk wasn’t as good as Jordan’s dunk in the movie.

Considering Zach didn’t have to pull out his “new dunks” or the dunk that almost made Andrew Wiggins faint in practice, hopefully he will be able to satisfy Dr J and that Space Jam loving reporter during next year’s contest. 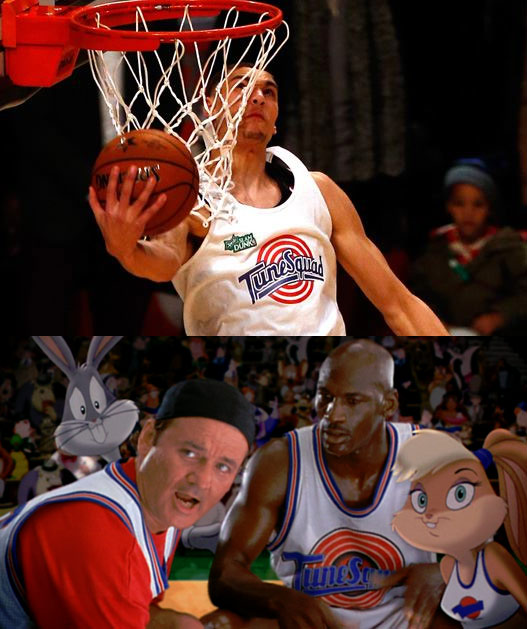