Draymond Green was the only person on Wednesday night capable of cooling off  Steph Curry.  After the Chef’s red-hot performance of 51 points (36 at half and 25 in the first quarter) vs John Wall and the Wizards, Green poured two cups of cold water on Curry during a post-game interview.

“It’s like Kobe when he had 81,” Wall said. “He couldn’t miss. You keep defending the best way you can. We challenged some shots. He didn’t have too many open looks. He just made them.”

Besides generating a ridiculous video montage, Curry also set a few records and added his name to a few more crazy trivial facts and stats.  Here’s 12 of them.

After all those amazing stats, the thing that stat Curry wanted to talk about after the game was his 7 turnovers.

“It’s one of those games, I think I had probably three of them that I shouldn’t have had,” Curry said of the turnovers. “Just a couple lazy passes, telegraphed passes. It happens, but it’s frustrating because when they happen, that’s when they got back in the game, and you don’t want to give them any life with transition or easy fast-break opportunities where we can’t get our defense set, and I was the culprit plenty of times.” 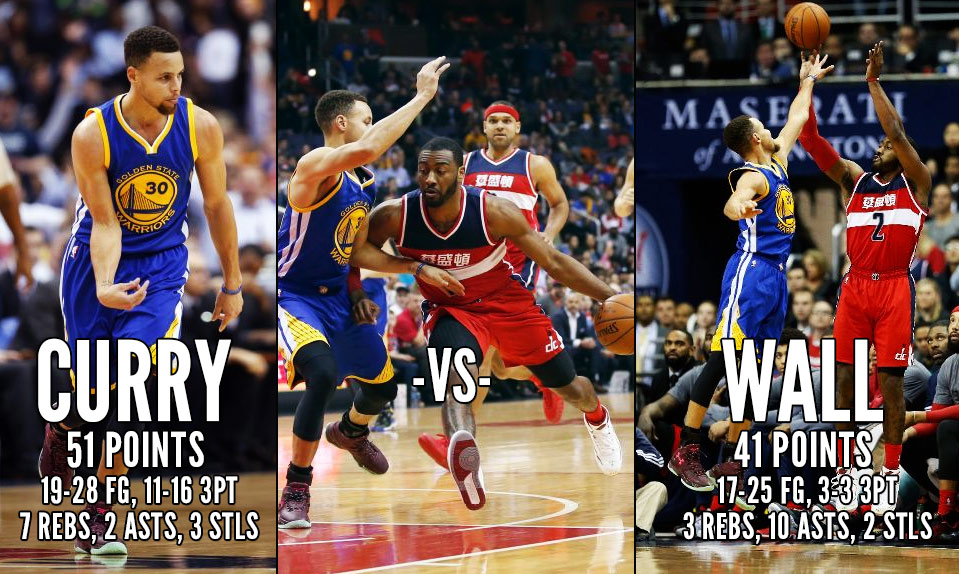