I remember hearing Kobe Bryant once say he used to like letting opposing high school teams take a first half lead just to see if he could lead his team to a comeback. The bigger the deficit, the bigger the challenge, the sweeter the victory.

I don’t know if this 1995 game against Norristown Area High was one of those games but 16-year-old Kobe Bryant took over in the second half, scoring 29 of his 35 points in a comeback victory.

“It felt like it was a personal challenge because I’ve been putting a lot of pressure on myself.” Said Kobe after the game. “And there’s no way I was going down without a fight. I just put my best on the floor.”

The second leading scorer on Lower Merion was Guy Stewart with 16 points. As for fan favorite Evan Monsky, the point guard who reunited with Kobe in this awesome 2016 video had two points.

Kobe has had his share of big scoring halves and comeback victories in the NBA too. I can’t give you an exact number but I do remember Kobe once scoring 55 in a half and 30 points in a quarter — twice! He also had five games with 60+ points, including his final game in the NBA. So 29 in a half for Bryant turned into a routine thing.

As for comeback victories, the most memorable one for most is Game 7 of the 2000 WCF, when the Blazers lost despite having a 75-60 lead over the Lakers with just 10 minutes left in regulation. My personal favorite comeback victory came in 2002, when the Lakers erased a 30-point deficit to the Dallas Mavericks and ended up wining by two. Kobe scored 21 of the Lakers’ 27 4th quarter points and finished with one of his 121 40-point games.

To try to put that into perspective, look at the following graphic showing his total against the entire NBA on TNT crew. 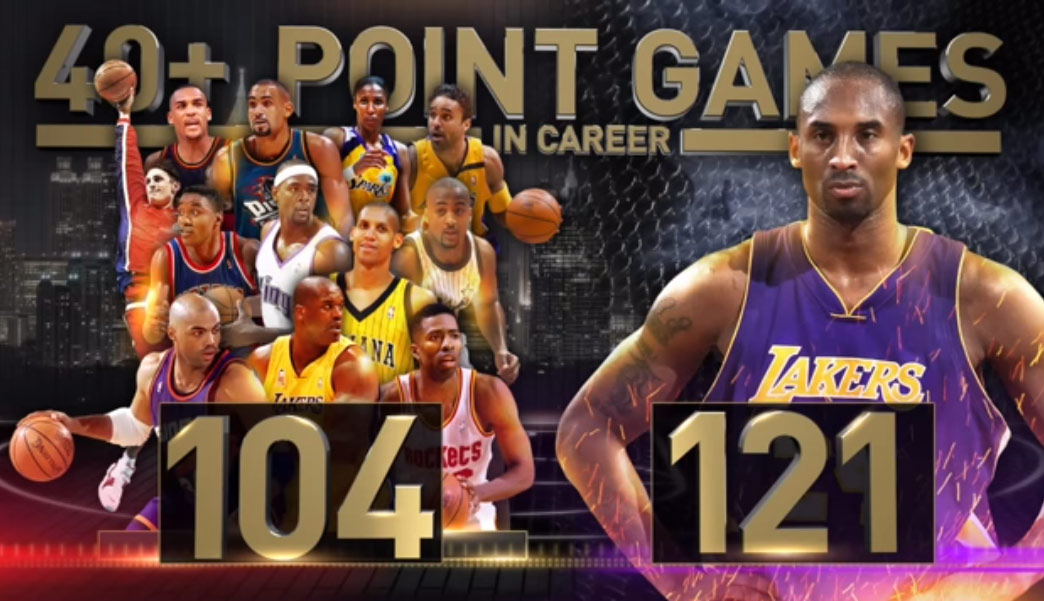 Even Kobe was in disbelief. He thought he had about 40.

“I didn’t go to college. See what happens.”

Here’s a few more throwback videos of a teenage Mamba before he took his talents straight to the NBA.