When Dominique Wilkins was left off the original Dream Team in 1992, the first thing I thought about was how many buckets and big games he had against most of the selected players. My two favorite games to point out both came in the same season (1986-87) and that’s when The Human Highlight Film outscored Michael Jordan 57 to 41 in a 28-point win for the Hawks and then outscored Larry Bird 54 to 25 a month later. And just to show how unstoppable he was during that season (and every season around this 30 ppg one), he had a 53-point game (on his birthday) in between the two mentioned ones.

Back to his duel with MJ in 86, Jordan had an impressive game with 41 points on 15-of-25 shooting, but Nique stole the show by hitting 19-of-28 shots, which included a poster dunk on Mike Brown, a windmill dunk and a breakaway reverse dunk. The 57 also broke the NBA season-high of 48, which was set by MJ a few weeks earlier.

Jordan did get some payback later in the season: in their next match-up, the Bulls won as Jordan put up 34 points and 12 rebounds against Nique’s 22 points. Then in one of the final games of the season, Jordan dropped a season-high 61 points against Nique’s 34, but the Hawks won.

Unfortunately, nobody remembers those Hawks wins and when you say MJ vs Nique, most people only seem to remember Jordan “winning” the 1988 NBA Dunk contest. Not me. I remember the home job in 88 and I remember all of the performances from the underrated man who gave all of the Dream Team members nightmares. 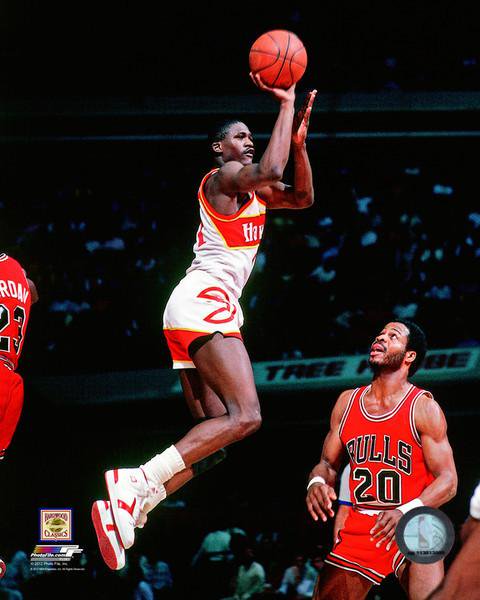