A few nights after dropping 57 points on the Bad Boy Pistons, Michael Jordan welcomed Clyde Drexler and the Blazers to Chicago by putting up 53 points on 20-of-34 shooting.

The following are some great quotes from Jordan and Drexler after the game.

“What happened in the fourth quarter?” Someone asked Drexler.

“They started to execute their offense. In other words, Michael took over.”

“Just how good is Michael?”

OK. But what about Larry and Magic?

“If Michael had the same supporting cast as Larry Bird and Magic Johnson, he would win as often as they do. If your talking who’s most valuable to his team, it’s Michael.”

Yo, Michael. Your best game of the season?

“A good game for myself.”

“I know I’m scoring a lot of points. I feel as though I’m stealing something from my teammates.”

But what about MVP talk?

“I’m not thinking about that MVP crap. All I want to do is help the team win.” 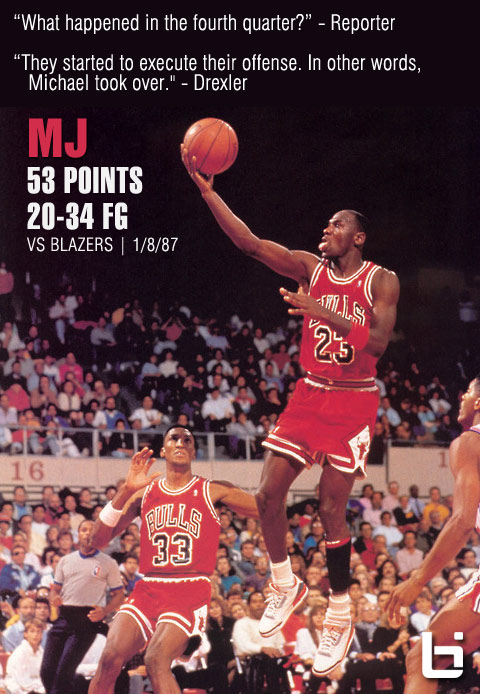