I don’t think any player in NBA history, with the exception of maybe Karl Malone, gets more underrated and unappreciated year-after-year than the great Patrick Ewing. The main reason is, as time goes by, people that did not watch athletes from another era only have stats and videos to create their judgement on these players and when they don’t see a ring or a godly amount of records, they start to group them with current players they are familiar with that also don’t have a ring or have similar accomplishments.

It also doesn’t help Ewing’s legacy when people mention his name and the playoffs, these are the plays they usually think of first.

But the 8 x All-NBA player, 11 x All-Star and member of the NBA 50 was a beast; A beast that would dominate the league today the way he dominated Game 7 vs the Pacers in the 1994 playoffs. And since today is the anniversary of that dominating performance (24 points, 22 rebounds, 7 assists, 5 blocks), I’m going to use it as an excuse to vent about how unappreciated the Hall of Famer is. 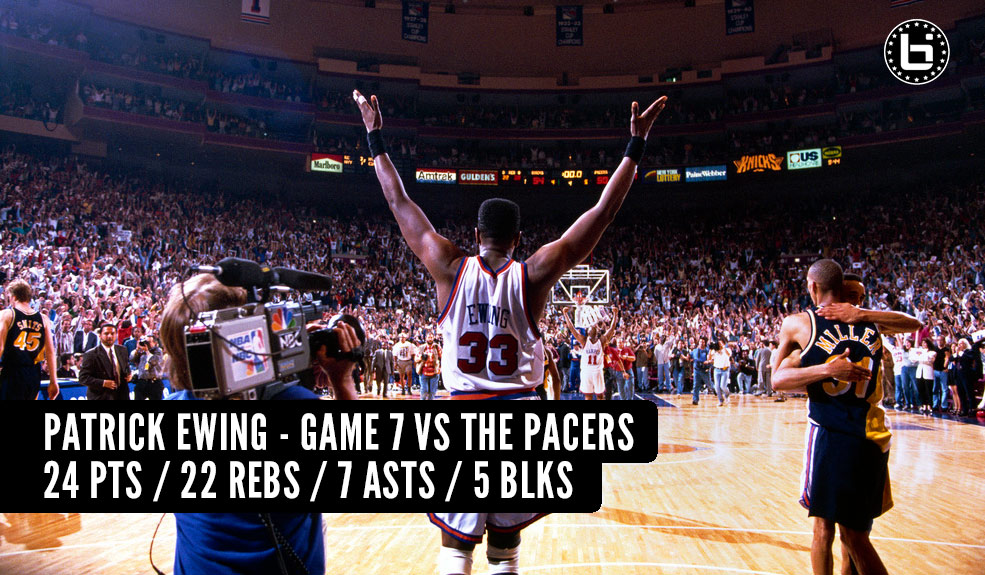