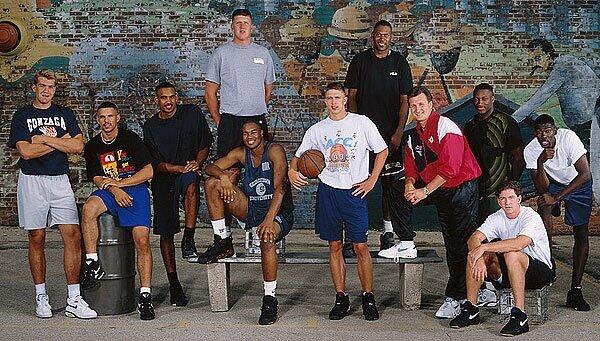 If you read Playboy in the 90s, just for the articles or maybe you did appreciate the tastefully done photos, then you probably came across this great photo of the 1994 Playboy All-American Team which included the #1 pick of the 1994 NBA Draft, Big Dog, along with the co-rookie of year winners Jason Kidd and Grant Hill.

In the 80s and 90s, for college players, making the Playboy team was one of the biggest honors you could get and not just because it came with an invite to the mansion.