Years before Kobe had rings and gold medals, he had lots of hair, a rap cd in the making, a few cameos on Teen TV shows and a friend named Shaq.

In 1998, the 20-year-old NBA dunk contest winner was also the first NBA player to go with Adidas to the Streetball National Finals in the Philippines. Here’s some rare footage of the Afro K-O-B-E showing off his streetball moves — one year before Volume 1 of the landmark And1 Mixtape VHS tape — and the elbow dunk — a couple years before Vince Carter introduced it to the casual basketball fan at NBA All Star Weekend in 2000 — during a mall exhibition.

If you think he looked cocky in that video, check out his swagger in this game.

Kobe didn’t return to the Philippines the following year, so Adidas brought his high school rival, Tim Thomas, along with a teenage Tracy McGrady to take his place. 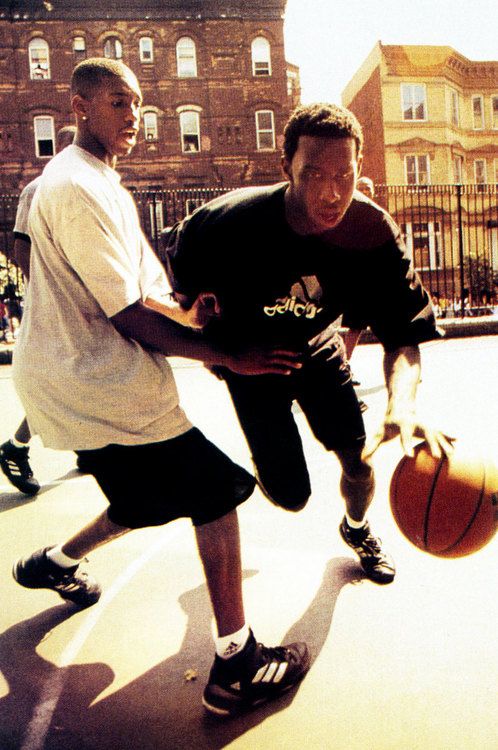 (UPDATE: The videos of Kobe meeting Erap Estrada and travelling around the Philippines have been removed from YouTube)