Just a couple of nights after Tony Delk scored a season-high 53 points, Allen Iverson topped that high with a career-high and arena-high 54 points against the Cleveland Cavs. He hit 20-of-30 shots from the field and 10-of-13 from the line.

“It was like he was playing horse tonight,” said teammate Aaron McKie.

As great as AI was, the Cavs still put up a good fight behind the underrated Andre Miller, who had 22 points and 14 assists. But in the end, the 76ers pulled out the W and won their 8th straight road game.

This game also came just one day after Iverson scored 41 points on Gary Payton in a 121-89 blowout win over the Sonics. 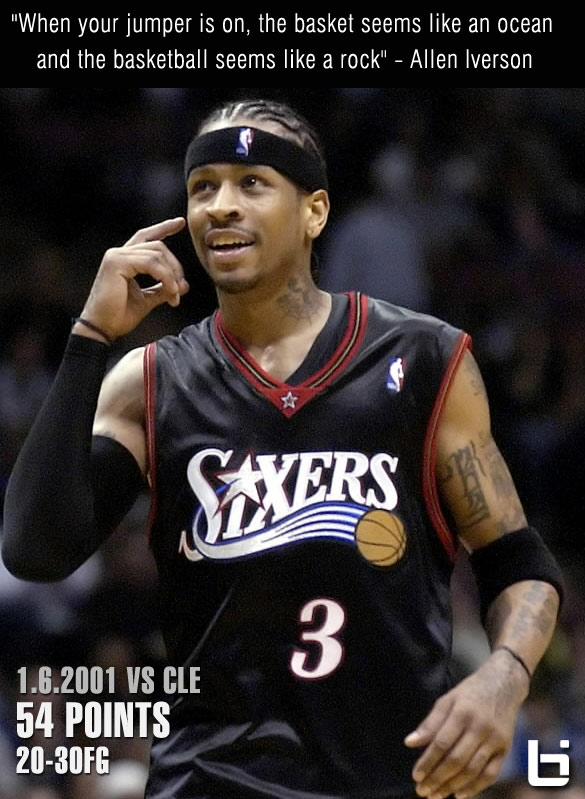