The Spurs were hoping to bounce back from a 39-point beat down in Game 3, but Shaq and Kobe combined for an easy 50 and Derek Fisher scored a playoff career-high 28 in a 29-point win in Game 4 to complete the sweep of the Spurs and advance to the NBA finals.

The Lakers dominated right from the start and had a 14-point lead at the end of the first quarter. By the half, they had a 26-point lead and Shaq already had 23 points and 9 rebounds. Bryant also started the game strong, hitting his first six shots before becoming a playmaker, finishing the game with 11 assists and 26 points in just 34 minutes.

As for the Spurs’ Twin Towers, Tim Duncan had 15 points and 7 rebounds and David Robinson struggled, hitting just 5-of-16 shots for 12 points.

“We thought it was going to be a more difficult game,” O’Neal said, “but my teammates keep surprising me. It’s very impressive. Everybody’s doing what they’re supposed to do.”

The always quotable Coach Popovich had the quote of the playoffs when talking about the steamrolling Lakers.

“Custer had no idea. That’s my statement. Figure it out. The roll they’re on is ridiculous.”

The win was the 19th in a row for the Lakers and the sweep was the 3rd consecutive one. They would end up losing Game 1 of the NBA finals to the 76ers and that would be the only loss in the playoffs for the 2001 NBA Champions. 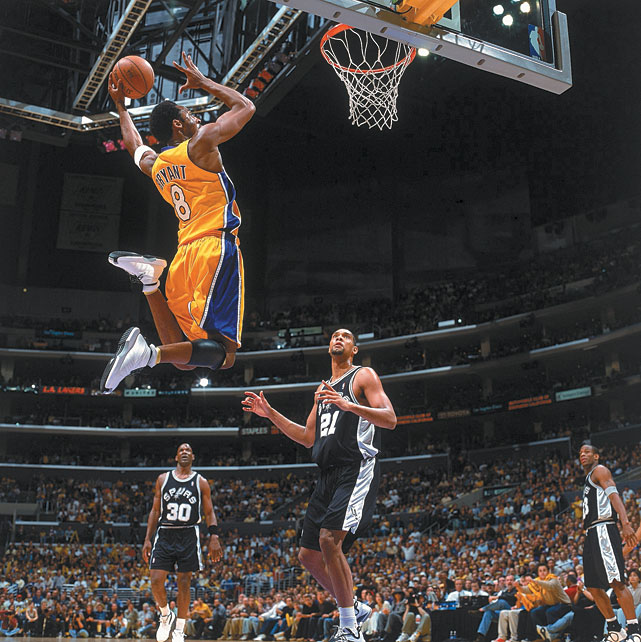