Steve Nash was the hero of the night despite Tim Duncan scoring a career-high 53 points. With 0.6 seconds left in OT, Nash hit a 3-pointer to give the Mavs a 126-123 win.

“I really wanted to hit a big shot in overtime and fortunately I got that opportunity,” Nash said. “We ran a pick and roll, and when I came off the pick I tried to get the defense off of me and create some space and was just able to get a good look.”

For San Antonio, Duncan made 19-of-28 field goals, which was just one less made field goal than his other nine teammates combined.

“I wish I’d have missed all my shots the way this turned out,” said Duncan, who also hit 15 consecutive free throws during his bittersweet performance. 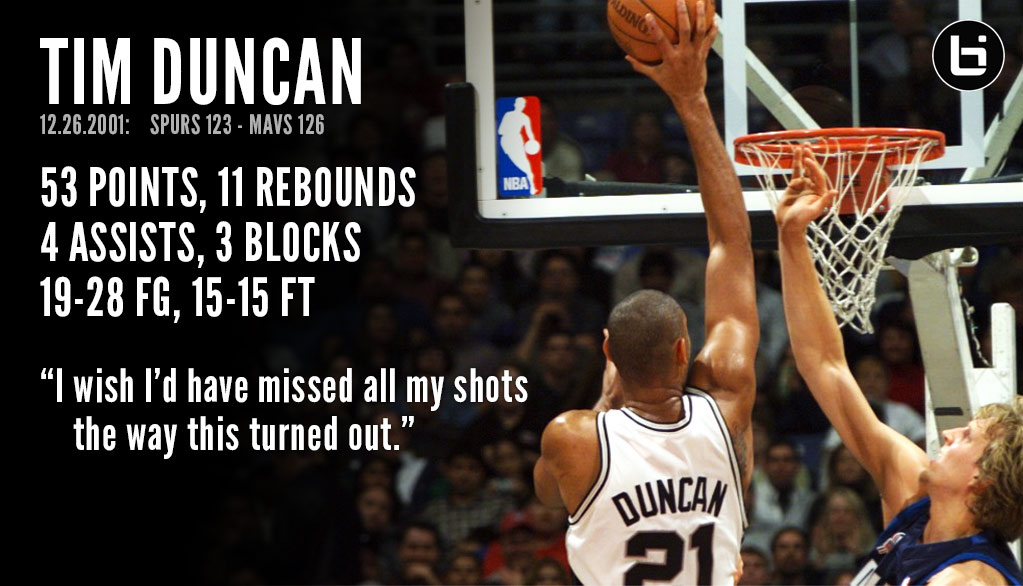