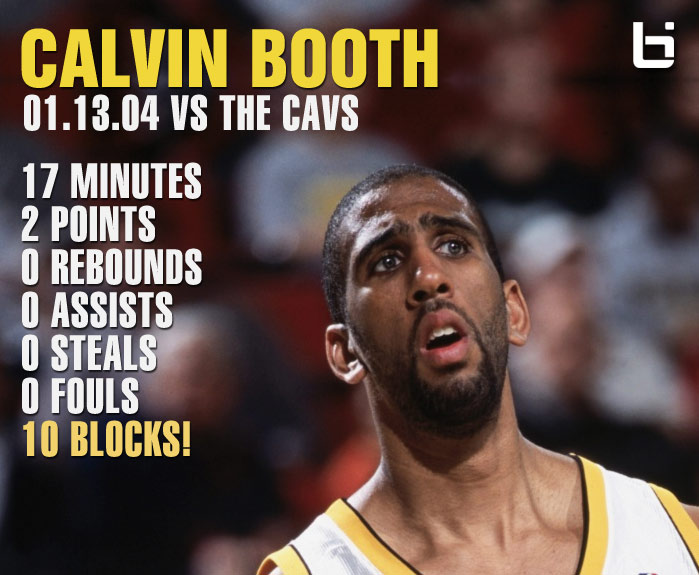 On January 13th of 2004, Calvin Booth of the Seattle Sonics had one of the most unique stat lines I have ever seen: 2 points, 1 turnover, 0 rebounds, 0 assists, 0 steals, 0 fouls and 10 blocks in just 17 minutes. Yes you read that right, Booth had 10 blocks in 17 minutes and didn’t commit a single foul or do just about anything else. What’s just as baffling is a few weeks earlier, Booth played just 10 minutes in a game and finished with 0 points, 3 rebounds and 5 blocks!

You might be thinking the 10-block night has to be his most memorable night, but in 2001, Booth made a game-winner for the Mavs in Game 5 of the playoffs against the Utah Jazz. The game-winner capped off a crazy 17-point comeback by Dallas. They also came back and won the series despite being down 0-2.