“Amare Stoudemire looked like Wilt Chamberlain,” said Quentin Richardson after Amare scored a career-high 50 in a 117-98 victory over the Trail Blazers.

As crazy as that stat by STAT sounds to some younger fans, according to Q, STAT should have scored much more.

“I told (Stoudemire) that if he starts learning to make free throws, he could score 75,” Richardson said, laughing. “You don’t see anyone miss seven shots and score 50.”

The 50 was the 3rd most ever by a Phoenix Sun and coincidentally, one of those performances, 53 by Tony Delk (also on 20-27 shooting), happened on the same day exactly four years earlier.

“I wasn’t thinking about (scoring 50),” Stoudemire said. “I heard one of the fans say 46, and that’s when I thought about it, but I wasn’t pressing and trying to get 50 points. It just came to me in the flow of the game. 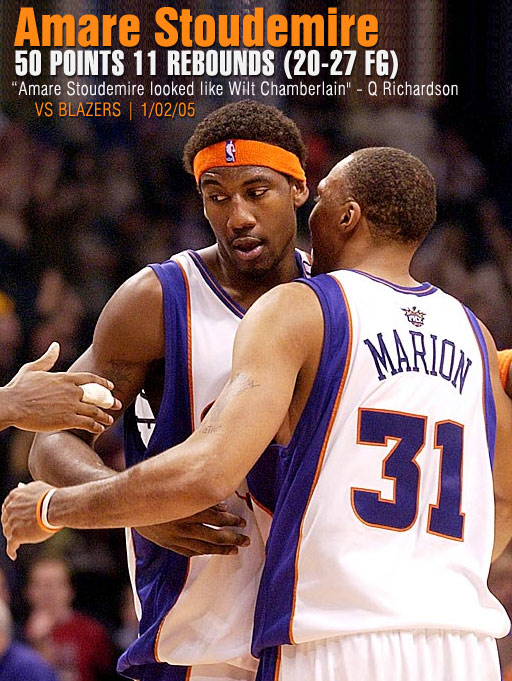