February 15th, 2006. Paul Pierce’s 50 point performance was the highest scoring game by a Celtic in 16 years…and it was ruined by LeBron James! The King racked up a monster triple-double of 43 points, 12 boards and 11 dimes to help the Cavs win a double OT thriller against The Truth and the Celtics. Besides scoring the most points for Boston since Bird in 1989, Pierce also had a team-high 8 assists and 7 boards.

“I really got into a groove in the second half,” said Pierce, who outscored James 17-6 in the 4th quarter. “Guys were getting the ball to me. It felt good to me. You know, it would have felt a lot better if we would have been on the other side, but it was just a great game to be a part.”

The season was also bittersweet for Pierce: he finished the year with a career-high scoring average of 26.8 but the Celtics failed to make the playoffs for the first time in four seasons. 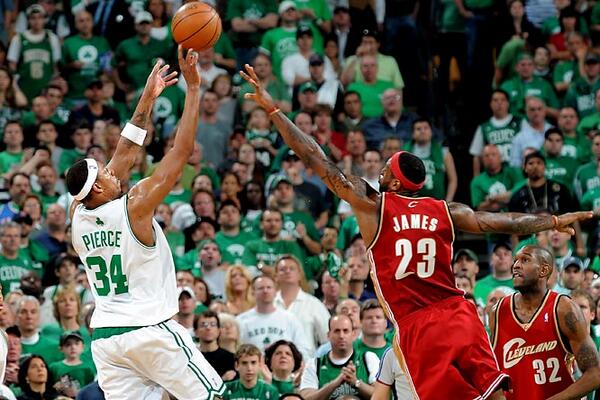