These type of posts bring a tear to my eye. On December 22nd of 2006, five days after Gilbert Arenas dropped 60 points on Kobe Bryant and the Lakers, Arenas dropped 54 on Steve Nash, ending a 15-game win streak by the Phoenix Suns. The final three of the 54 points for Arenas came on an off-the-glass 3-point dagger with 30 seconds left in OT.

Arenas’ performance not only ruined the Suns streak, it ruined Steve Nash’s career night: the two-time MVP had a career-high 42 points along with 12 assists. 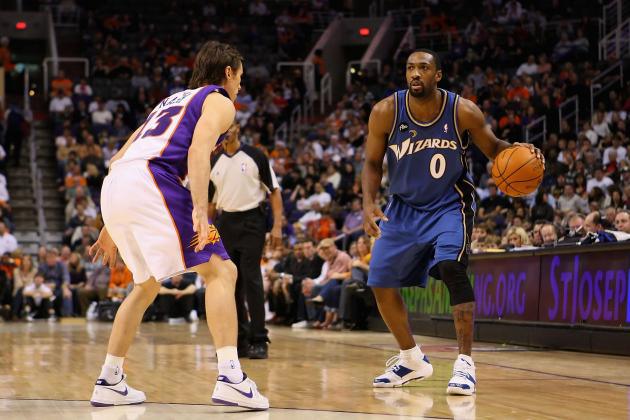