Unlike Kobe’s top two performances — 81 vs the Raptors and 62 vs the Mavs — this performance resulted in a loss for the Lakers. Bryant played 55 minutes and attempted 45 shots while none of his teammates attempted more than 10.

“I was yelling at them to run their offense and get away from that. They just seemed to be going back to him all the time,” Lakers coach Phil Jackson said.

Well, who was he going to pass to? It’s been well documented that Kobe didn’t have much faith in Kwame Brown (11 PTS & 15 REBS) and he recently called Smush Parker (12 PTS) his worst teammate ever. The other two starters were Luke Walton and Brian Cook.

“The fans got to see Kobe Bryant at his best, but for us to be able to come out on top tonight was great,” Gerald Wallace said. 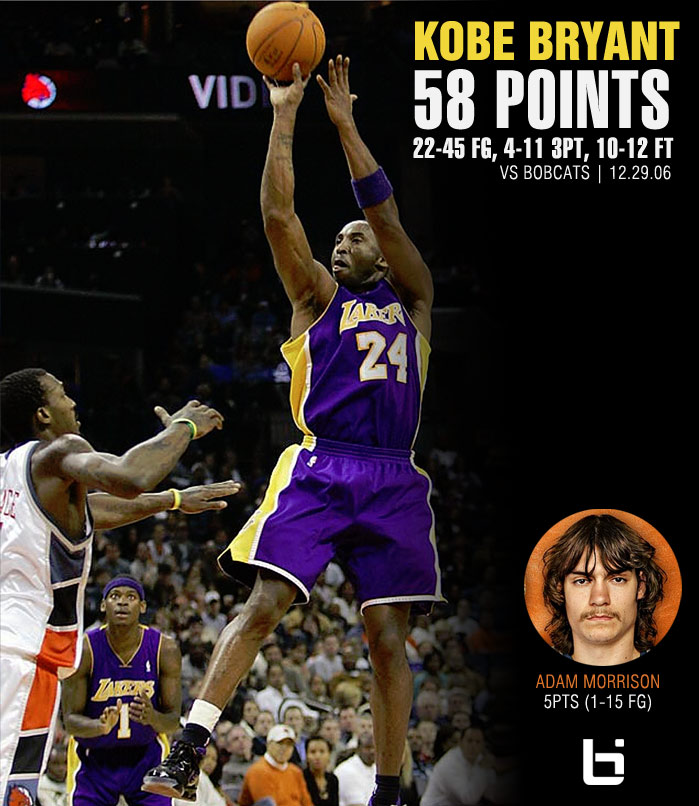